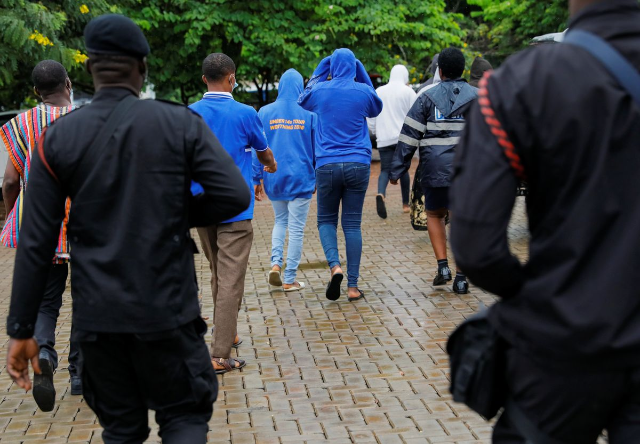 The Ho High court has granted bail to 21 gay rights activists who were arrested nearly three weeks ago for what police described as an unlawful gathering.

The 16 women and five men were told to reappear in court on June 16 for their next hearing. Some were seen weeping after the ruling in the southeastern city of Ho.

The activists were arrested on May 20 at a hotel, police said in a statement at the time of their arrest. The statement accused them of having advocated LGBT activities with books and flyers with titles including “Coming out” and “All about Trans.”

The activists had already been denied bail at the Ho High Court before taking their application to the Circuit Court.

However, tho organization LGBT Rights Ghana in a tweet reported that the High court in Ho granted bail to the 21 arrested activists.

The High Court in Ho today granted bail for the 21. #FreeTheHo21 pic.twitter.com/wiLUPM9Hh5