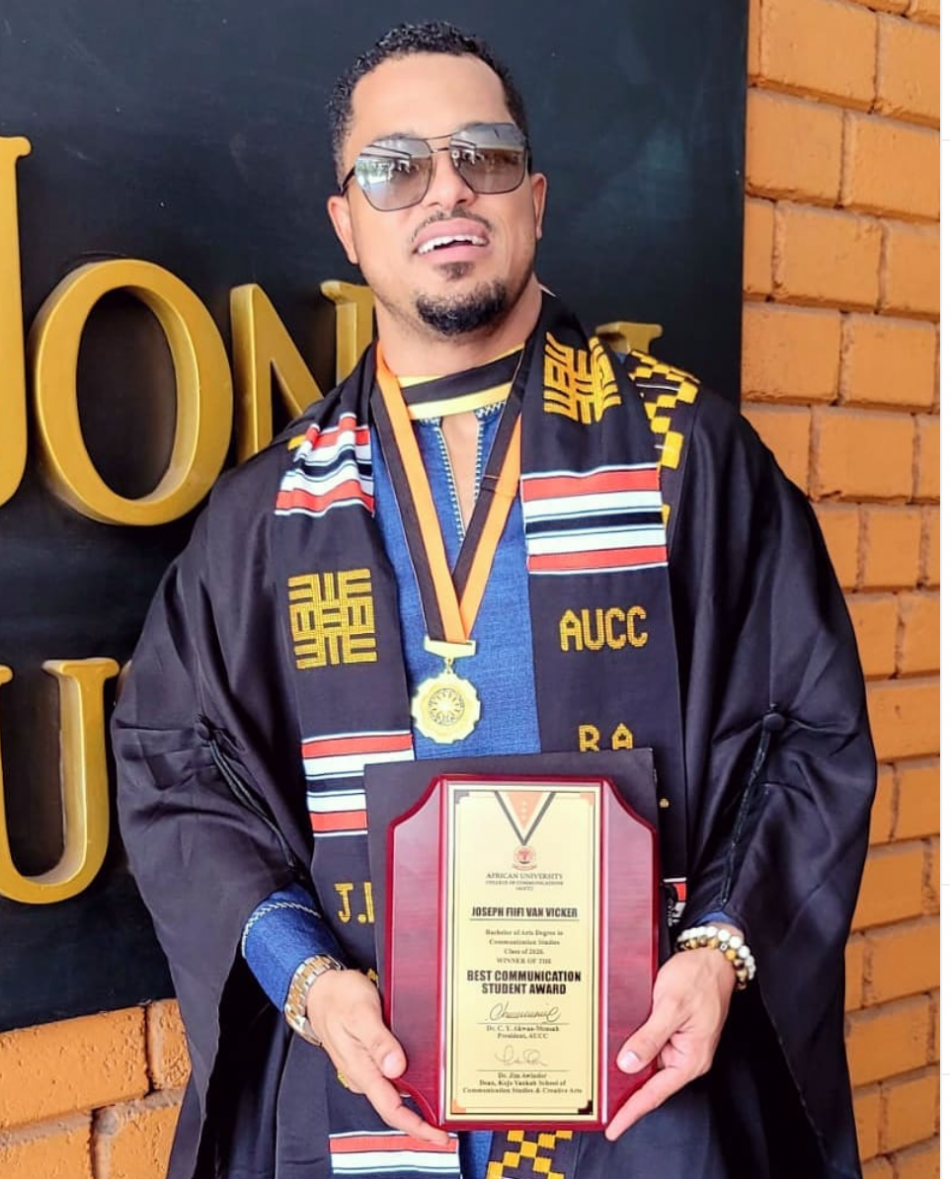 Ghanaian actor, Van Vicker, has proven that it is never too late to pursue your dreams.

The 43-year-old actor, 21 years after completing his Senior High School certificate, decided to get back into the classroom to gain a University Degree.

Van Vicker shared the news of his graduation yesterday on his social media with the caption;

“21years later, here I stand before you with 3 achievements during my graduation; to God be the Glory;  1st class honors, Best Student in Strategic Communication, Best Communication Student Award,” he wrote.

According to Van Vicker, his dream to go to the University was impossible at the time he graduated from Senior High School due to lack of funds.

“The above is within the context of my 2021 post on social media and is in no way presumptuous but uprightly to inspire – I could not enroll at a tertiary institution in 1997 because my single mother did not have the funds. If free SHS was available back in the day, most likely I would have graduated in 2000/2001,” he continued.

However, he managed to score himself a successful career in acting. Despite his success, Van Vicker states, getting higher education was always important to him, so he went back to school.

“My career took off and I have been blessed but as someone who relishes education getting that degree was just a matter of time,” he added.

Van is not stopping there, he shared that he was also enrolled in a Master’s program and is set to graduate at the end of the year.

“I complete my Masters program this December and I am sorely motivated and committed to go even beyond, God willing,” he shared.