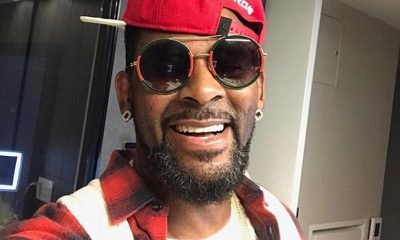 The trouble in the famous “Idibia” home continues to unfold as Annie Idibia, wife of 2face Idibia has threatened to “scatter” everything following reports that her husband has jetted off to the United States after their little scuffle recently.

On September 3rd, social media woke up to screenshots from Annie Idibia who had accused her huasnd 2face of infidelity amongst other things.

According to Annie, she has endured the family for long although they never appreciated and wanted her in the family.

“I’m a patient woman, I am not a fool innocent! Your family never loved me from the beginning, no matter how hard I tried. I was never worthy to them. I have made so many sacrifices for you and all your children. God knows I have tried,” she wrote.

“What kind of man takes his kids to Disney and spends nights in the same apartment with his kids and their mother! How many times have you gone to see your kids with Pero and she stays with you and the kids under the same roof for nights?” she claimed

Annie’s posts caught fire and the Idibia family came after her with several other allegations including that she had used charm on 2face.

Although 2face never responded to any of her claims, a leaked audio on social media today, which features Annie’s voice seems to suggest that 2face has runaway to the United States without informing her.

In the audio, Annie is heard saying amidst tears;

“I am going to scatter everything, nobody knows the wrath of an angry woman. I will ruin everything!! Hello Idibia Family, this is Annie. I was with my husband today, peaceful, nothing happened then my husband told me he has a shoot today, only for him to pack his things and his stup*d cousin, Frankie, helped him plan it. His family does not love me, they hate me, they’ve been giving me hell for 10 fuc**ing years.

“Today, my husband packed his things, he lied to me that he was going to shoot but my husband is on his way to America. It was planned by himself, Efe Omoregbe, and Frankie, all of this behind my back.

“I don’t deserve this, I don’t, I know this is not your business but I can’t call any member of his family. I can’t even call his manager, he will not even take my call because he thinks I’m the reason, he thinks I’m in his way, he thinks I’m his fucki*g way so he, Efe will never take my call.