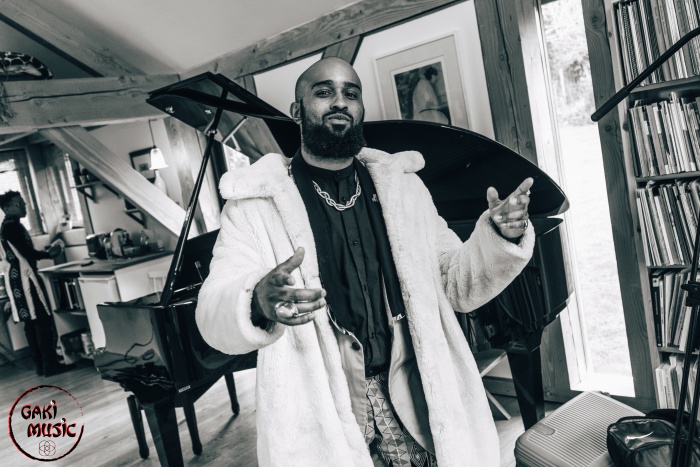 Zimbabwean born artist and Big Brother Africa star Jerome Arab also known as JJ has just signed a new management deal with UK, London based company Gaki Music. The star has been causing quite the stir up dropping a track every week from the beginning of the year and this has led to a number of leaps in his career. He has since been featured on BBC introducing Oxford show with David Gilyeat and also been interviewed by multiple podcasts around the world.

Ex Sony Music staff Wolfgang D. Knox-Hooke formed Gaki Music in 2019 and has since developed young London talent ‘Clo 9’. He has been in the music industry for 10 years and started his career as a Freelance Musician, playing at many venues in his home city, London, UK including Richmix, Roundhouse,Camden Lock, Dingwalls, Bussey Building, Fairfield Halls, Sadler’s Wells and many many more. Gaki Music is focused on creating an environment where passion is expressed and circulated via the artist’s creative process. Their vision is to have a world where music is appreciated and expressed with a synergistic partnership between the company and artist. That being said we see why the two brands would end up working together.

Jerome has been in and out of the public eye since 2013 after he appeared on Big Brother Africa as a fake housemate and in 2014 he represented Zimbabwe as an official housemate and was a finalist in the show. He had a mental breakdown in 2015 and then went on to produce several TV shows for Zambezi magic while appearing on some continental shows. We saw a return to the music in 2017 as Jerome released ‘Learning Love’ his first compilation using his birth name and a four country tour, with him performing in Zambia, Botswana, Namibia and his home town Harare in Zimbabwe. His son Keoni Arab was born in July 2017 and he took time out to care for him before working on his debut album ‘Prominent’ that dropped in 2019. The album was produced by Zimbabwean label executive and producer Tafadzwa Louis Keith Chiwota mainly known as Saint-Louis. It has generated over 250 000 streams and Jerome’s 2020 releases, Ali (single), Staira (single), Learning Life (ep), Sweet Boy (ep) have also done similar figures. This brings the Zimbabwean artist to over half a million streams on his new catalogue under his birth name.

Jerome has also released music under the stage name Jeromeo JJ and charted internationally under that alias but we look forward to seeing what the artist has planned and what this new partnership entails.