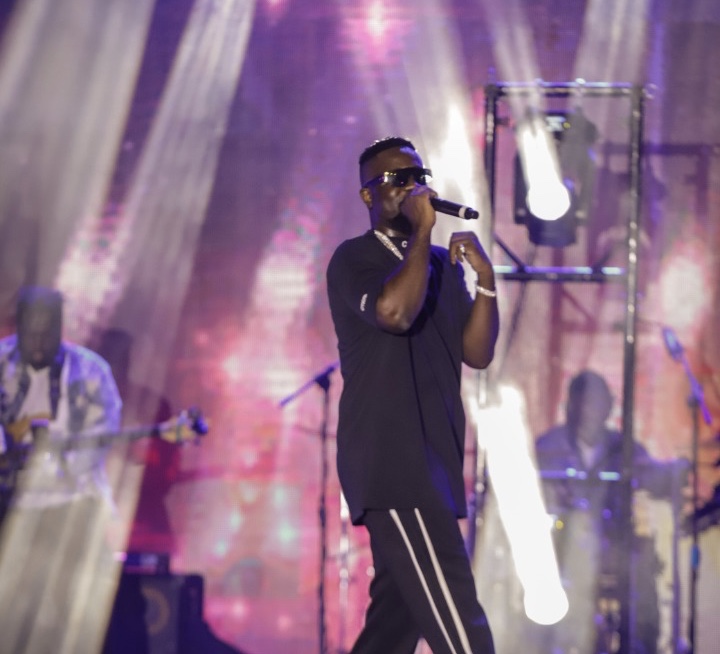 Award winning Ghanaian rapper Sarkodie has released a statement apologizing to fans  who missed his virtual concert due to technical challenges.

Fans of the rapper where left frustrated after Ceek— a streaming platform that was supposed to stream Sarkodie’s Black Love Virtual Concert had its servers crushed due to unexpected traffic it received.

However, the show went on perfectly as alternative means of streaming was made available to fans.

Earlier today, the rapper released a statement to apologies to his fans who couldn’t watch the show due to the technical challenges 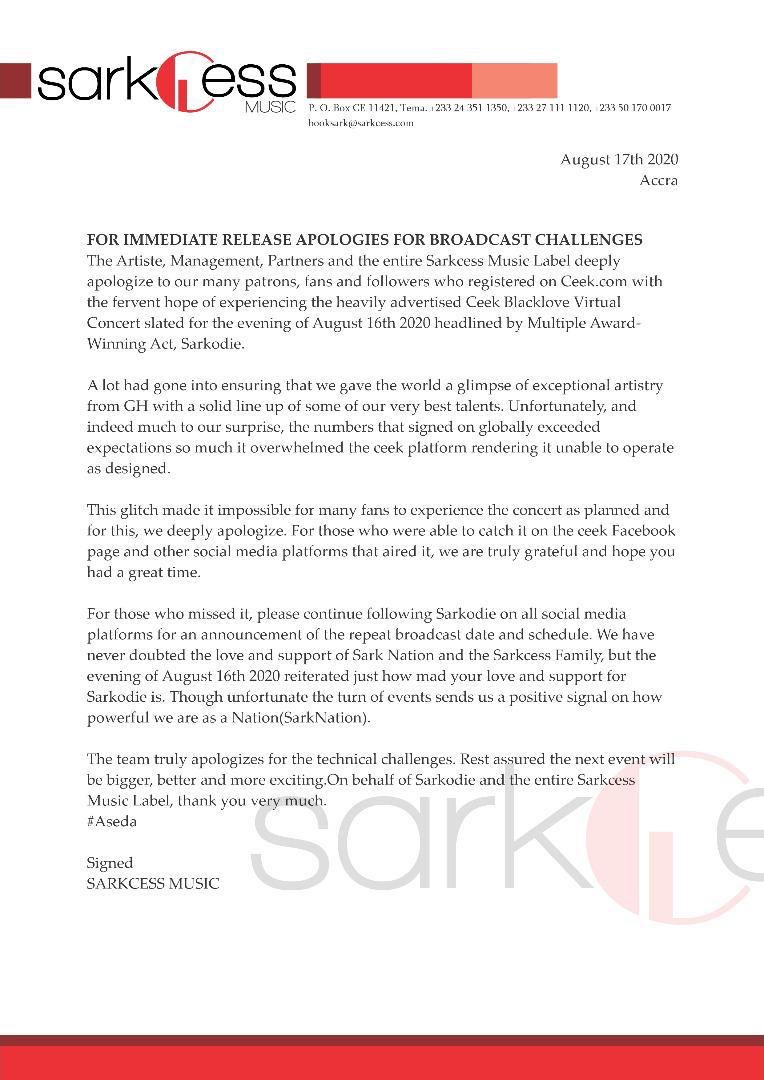