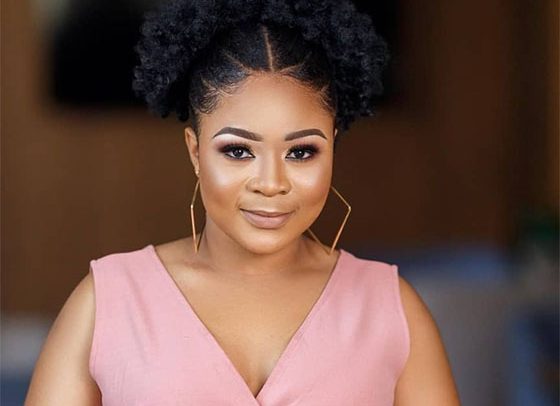 Ghanaian actress, Bisa Gbekle became the talk of town over the past few weeks after she flew all the way to Turkey to undergo body enhancing surgery.

The actress, who now has a new “bumbum”, sat for an interview with Ameyaw Debrah on Ameyaw TV to share the journey as well as her inspiration behind getting her body enhanced.

“Oh, that wasn’t the case actually always fly business. It’s just I don’t post because I don’t think is really necessary taking picture in a business class and posting about it,” she told Ameyaw.

When asked if she has gone gone broke because she spent all of her savings on the surgery, she replied;

” I’m not broke.  I think now I’m broke. I’m not that broke. I’m not you know, I have a football club for God’s sake. So I get some small small money from there.”