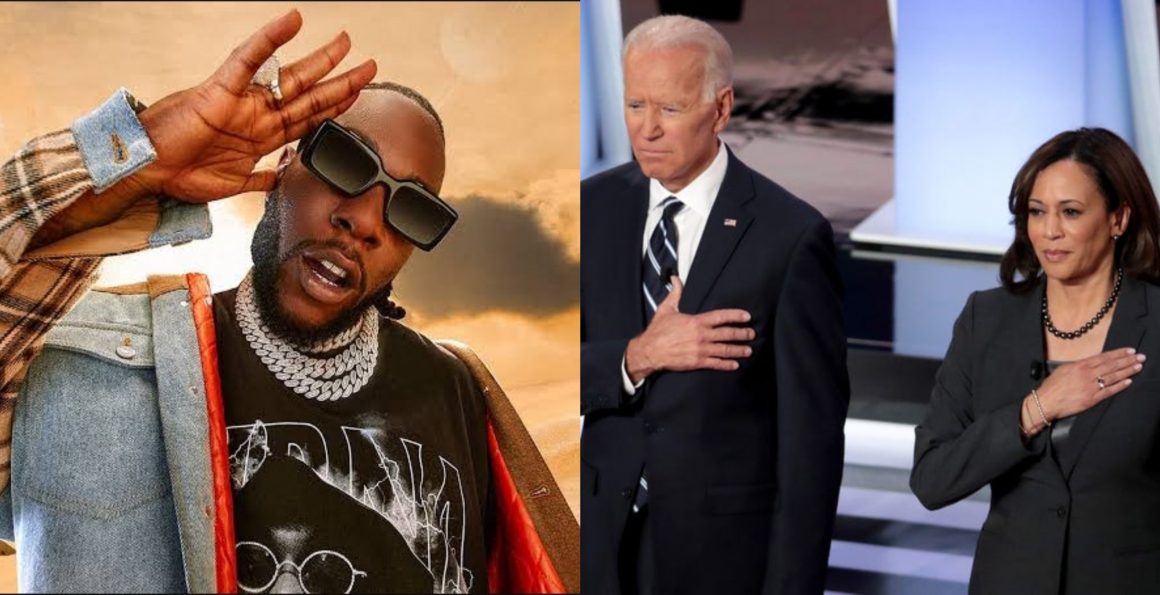 Afrobeat star Burna Boy has scored another credit to his name as he recently emerged as the only Nigerian artiste featured in the official inauguration playlist of incoming US president and vice-president, Joe Biden and Kamala Harris.

One of Burna Boy’s songs has made it to the  46-track playlist. The song, ‘Destiny,’ which’s of the singer’s ‘Africa Giant’ album talks about the power of providence and divination.

The playlist was put together by American music producer and rapper DJ D-Nice and actress, Issa Rae’s Raedio in partnership with the Presidential Inaugural Committee.

The chief executive of the Presidential Inaugural Committee, Tony Allen, said, “During a tumultuous year that has kept so many loved ones apart, music has been a consistent vehicle that has kept us connected. Whether you are a country soul, a jazz enthusiast, a hip-hop head, a classical sort, or just love that old-time rock and roll, music clarifies, inspires, unites, and heals.

“These songs and artists reflect the relentless spirit and rich diversity of America. They are the score to a new chapter and will help bring people together as the Biden-Harris administration begins its important work to unite our country.”

Burna Boy has become a fixture on the playlists of high-profile American politicians. In August 2020, he appeared on former US president Barack Obama’s summer playlist alongside fellow Nigerian stars Davido, and Wizkid.

Asides from Burna Boy, other international stars on the playlist including Bill Withers, (‘Lovely Day’), Marvin Gaye (‘Got to Give It Up – Pt. 1’), Bruce Springsteen (‘We Take Care of Our Own’), Kendrick Lamar (‘Now or Never’), Bob Marley & The Wailers (‘Could You Be Loved’), Jill Scott (‘Golden’) and Dua Lipa (‘Levitating’), among others