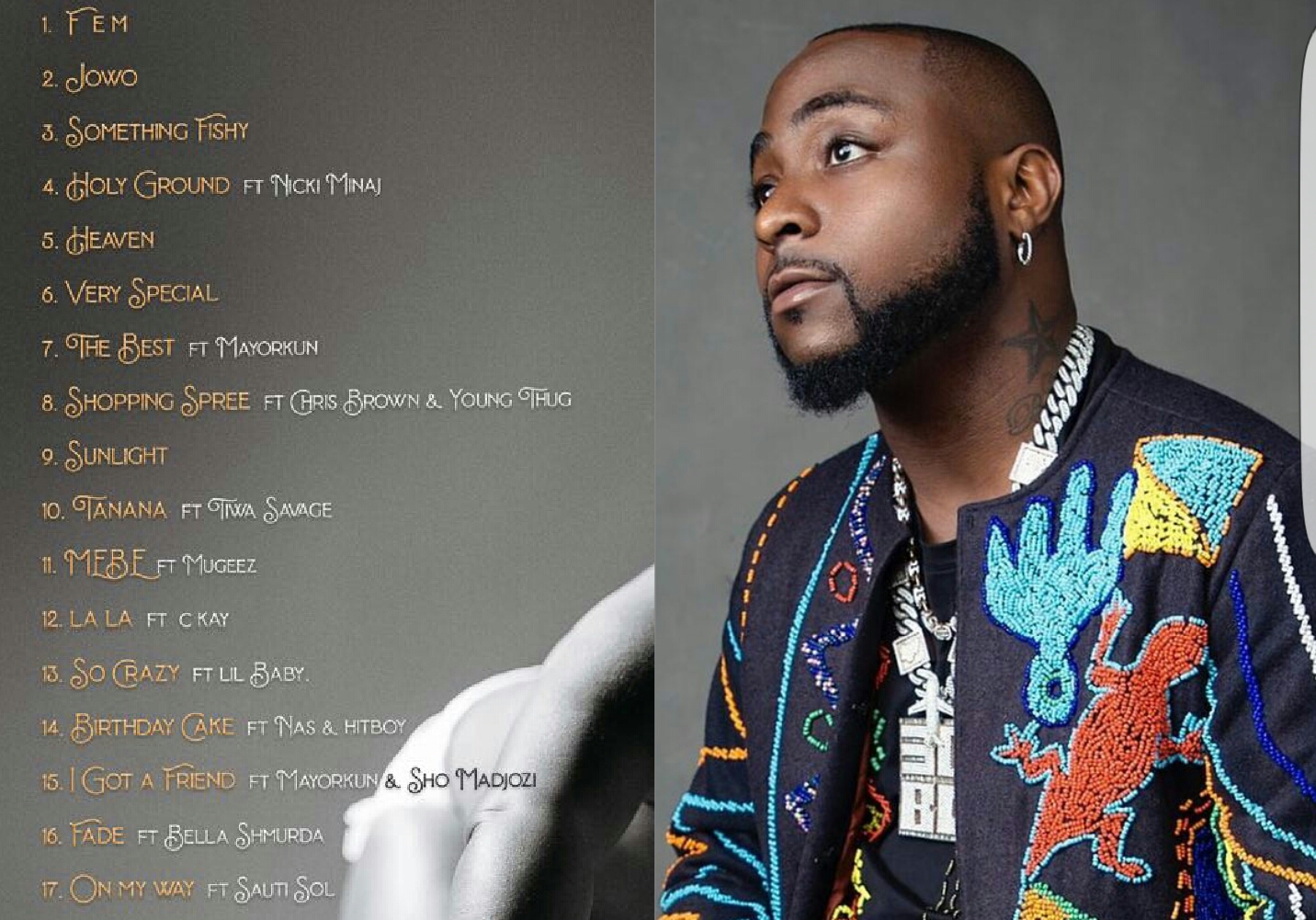 Davido’s latest album, ‘A Better Time’ has made it onto two Billboard charts simultaneously.

The album debut on the Billboard World Album chart at number four.

A Better Time is sandwiched between two BTS albums Map of the Soul 7 at number three and Love Yourself: Answer at five.

It also beat Wizkid’s fourth studio album Made in Lagos which has been on the chart for three weeks. It peaked at number two and is currently at number nine.

It also passed Beyonce’s The Lion King: The Gift album which is at number 10.

Davido’s A Better Time also made it onto the Billboard 200 Chart. The album this time is at number 170.

The album released on November 13 is an eleven track body of work with has his hit single FEM.

Davido unveils tracklist and album cover for his new project, ‘A Better Time’