Demand Momo from Sarkodie and other top artistes, not us – Westside Gang tells fans 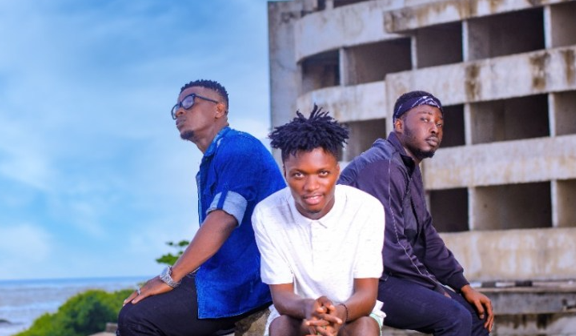 T-C Clique Music signed musical group  Westside Gang has made an interesting revelation about how people demand momo from them via social media and on the streets especially when they release new music and on a promotional course.

Currently, Western Region’s favorite music group, Westside Gang has in a short period contributed to the growth of the region’s music industry. its undoubtedly the best new music group ever discovered with unique talent compared to other music groups from the African continent.

The group has released a new song dubbed ‘Love N Hate’ after a successful run of their pair afrobeat mega jam jealousy with Mr.Drew.  ‘The Gang’ recently spoke about the rate at which their fans expect so much from them with demands of mobile money transfers, after several encounters with strange people on social media.

They have advised that fans direct their demands to A-list musicians like Sarkodie, Shatta Wale, Stonebwoy, among others.  They explained these musicians have made huge fortunes in the music industry.

According to them, ‘we just started and as young arts, as we are, all our are also under management who takes responsibility of our music and almost every penny goes into the structures of the music and the development of the brand.

until we shot into the limelight and begin to enjoy some revenue and gigs, that when we can meet up your expectation and enjoy with you’ they said