Do we celebrate Christmas with book? Afia Schwar asks as she rubbishes Christmas present from the Second Lady 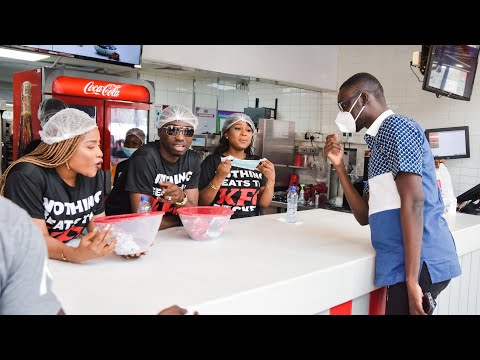 Controversial “Queen of Ghana Comedy”, Afia Schwarzenegger is not happy about a Christmas present she received from the office of the Second Lady, Samira Bawumia.

In a now deleted video, Afia Schwarzenegger reveals to her followers that she got a call from someone from the office of the Second Lady asking to deliver a special present to her for Christmas.

According to a very excited Afia, she quickly gave directions to her house and rushed to open the gift only to realise that it was a book.

Afia Schwär has since expressed her displeasure at the gesture stating that she believes someone is using the Second Lady’s name to give out such presents.

“I took my father to the Korle-bu hospital when I received a call that the Second Lady has a Christmas gift for me. I became excited and screamed so loud and rushed home. Even the nurses were happy because it was the first time they had seen me smile since my dad was admitted at the hospital. I quickly gave directions to the person and organised boys.  I finally got hold of the present, opened it, only to see it was a book, a common book. A woman like me with a sick father, what am I using book for? Do we celebrate Christmas with book? I know someone is behind this because Samira will not do this,” she’s heard saying in the video.