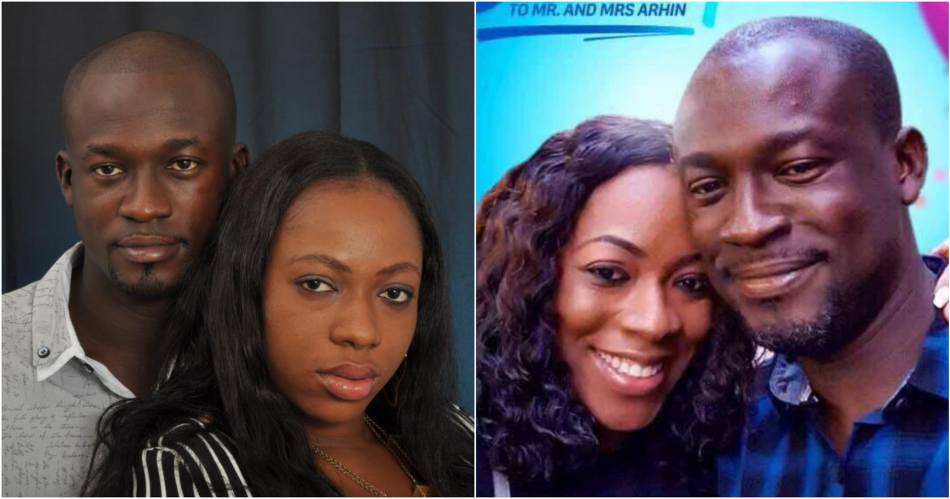 Director of Communications at the Presidency, Eugene Arhin’s marriage has been officially dissolved by an Accra High Court after his now ex-wife Gloria Assan filed for divorce.

Mr Arhin was hit with a divorce scandal after his estranged wife filed the case on February 10th 2021 over claims of cheating, domestic violence among other complaints.

The court dissolved the marriage today and gave Miss Assan the sum of Gh100,000 as alimony.

The pair have been married for about 8 years but according to the now ex-wife of Eugene Arhin, things changed in their marriage after he was appointed the Director of Communications at the Presidency.

It will be recalled that one of the allegations Gloria levelled in her explosive and leaked divorce documents was that “the respondent (Eugene Arhin) has committed and continues to commit adultery with one Chantel Kudjawu also known as Gertrude Gbajo.”

However, the court said that Gloria Assan has failed to adduce evidence to validate her adultery claims against Eugene Arhin but the court presided by Justice Cecilia Don Chebe Agbeyey, granted the divorce wish of Gloria Assan.

The judge in cancelling the marriage detailed that there have been attempts by people close to the estranged spouses to restore the marriage but all efforts failed and that the marriage had broken beyond repairs.

The ruling indicates that Gloria Assan will keep custody of their three children but Euguene Arhin has the right to visit the children anytime subjected to the notice of not less than 2 hours to Gloria Assan.

Mr Arhin has been ordered by the court to pay a sum of GHC100,000 to his now-ex-wife who has also won the rights to own a five-bedroom uncompleted house in the Kpone Katamanso district.

Daily Guide reports that “Eugene Arhin has also been granted permission to pick the children from school when they close on Fridays and return them to the school at 7:30 on Mondays or school going time,” and “in the event, he Eugene Arhin travels out of the country, he will notify his ex-wife of his absence and ask her to pick the children from school. Vacation periods for the school will be shared equally by both parties on a rotational basis“.

A monthly allowance of GHC6,000 will be shared 60% and 40% by Eugene Arhin and Glorian Assan respectively. Eugene Arhin as per the report is also obliged to foot the educational and medical care of the children.

Watch: Kidi dazzles on new music video for his record ‘Touch It’