Ghanaian actress, Bervely Afaglo who openly chastised her colleagues for campaign against John Dumelo has hit  back again. 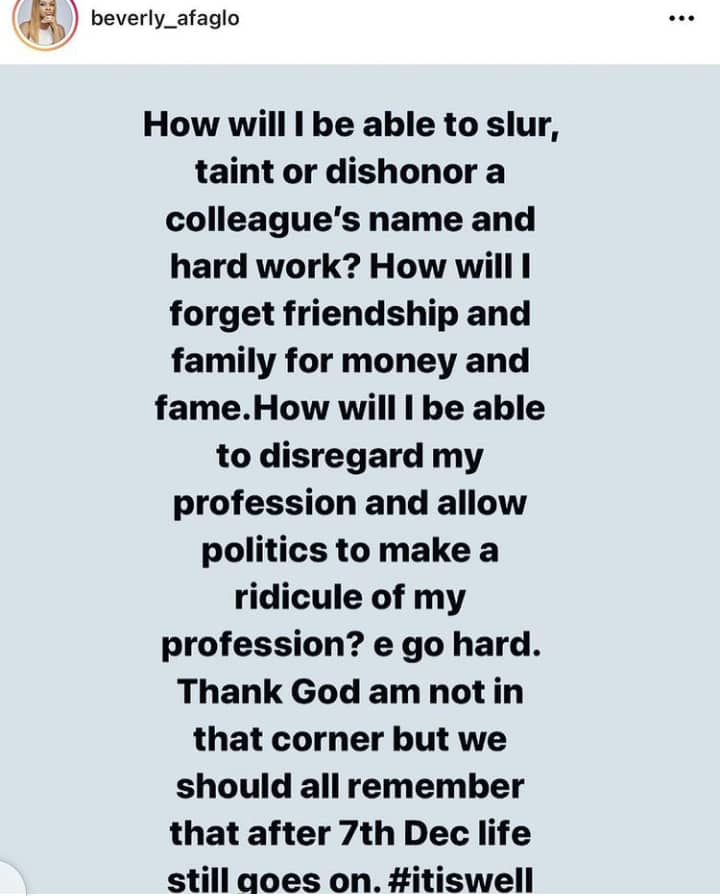 According to her, she made her point known with her own account so she did not understand why some critics of her views are l hiding behind fake accounts to attack her. 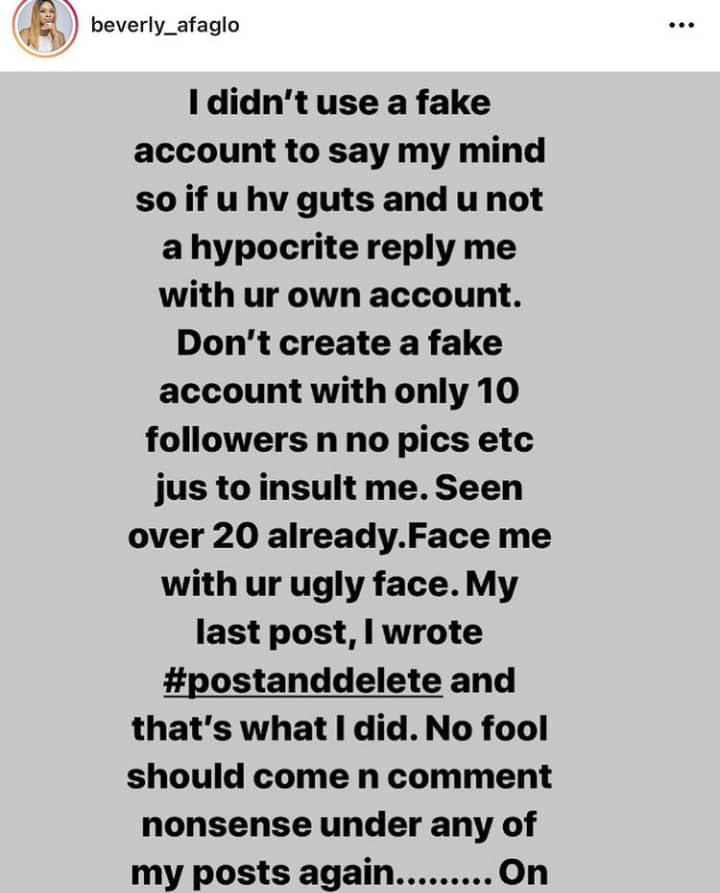