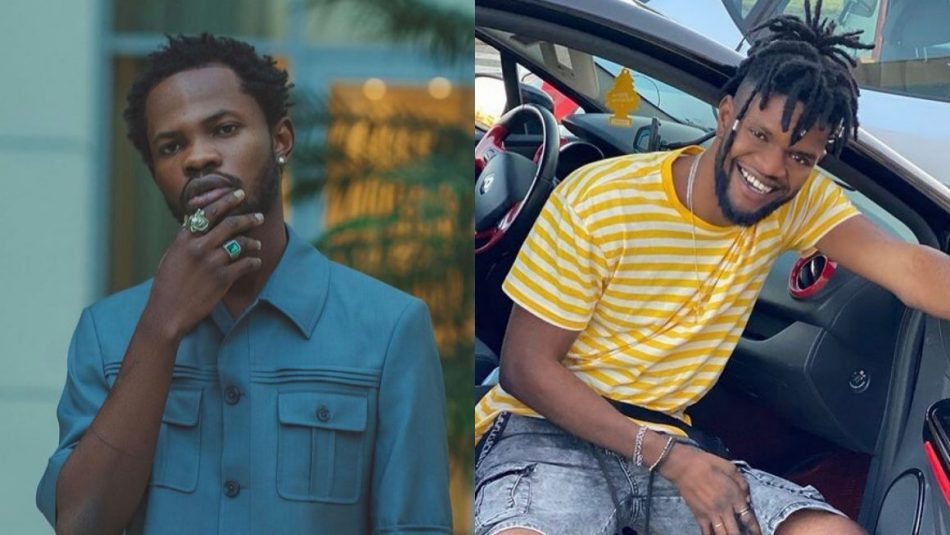 Ghanaian highlife artist,  Fameye has shown ‘heartfelt appreciation’ to his former record label and  music executive Ogidi Brown as they officially part ways.
Fameye and Ogidi Browns label, OGB Music, penned a 5-year record label deal in 2018.
The deal worth USD 50,000 was to cover management and all music-related expenditures to be incurred during the period.

But the deal came crashing down last year after Ogidi Brown accused Fameye of scamming him and not accounting for some shows he performed outside Ghana.

Their back-and-forth went to the extent that Ogidi Brown took Fameye to Antoa – a famous shrine in the Ashanti Region – to strike him dead.
However, it seems their differences have been resolved and Ogidi Brown has agreed to let Fameye go at last.

In a press statement from Fameye’s record label, Fameye Worldwide, he said he appreciates Ogidi Brown and that the years he has been on his label have ‘have been delightful and beneficial.’

“A heartfelt thank you and appreciation to Ogidi Brown and the entire management of OGB Music,” it stated.

“It is with pleasure that I announce that I have parted ways with OGB Music and management. This separation came about after consultations and an agreement between OGB Music and me. We have mutually agreed to part ways going forward but with continuous support for each other.”

It said they still hold their relationship regardless of their decision to part ways.

“The past years with OGB have been delightful, beneficial and I am glad we still hold our relationship regardless of our decision to part ways” 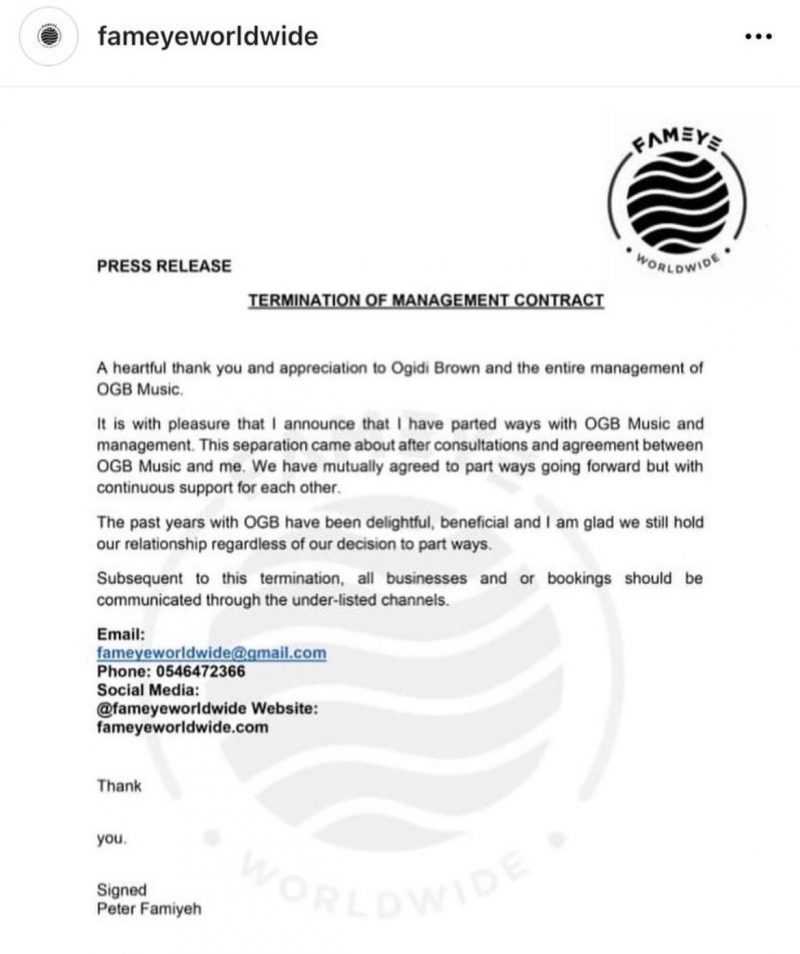