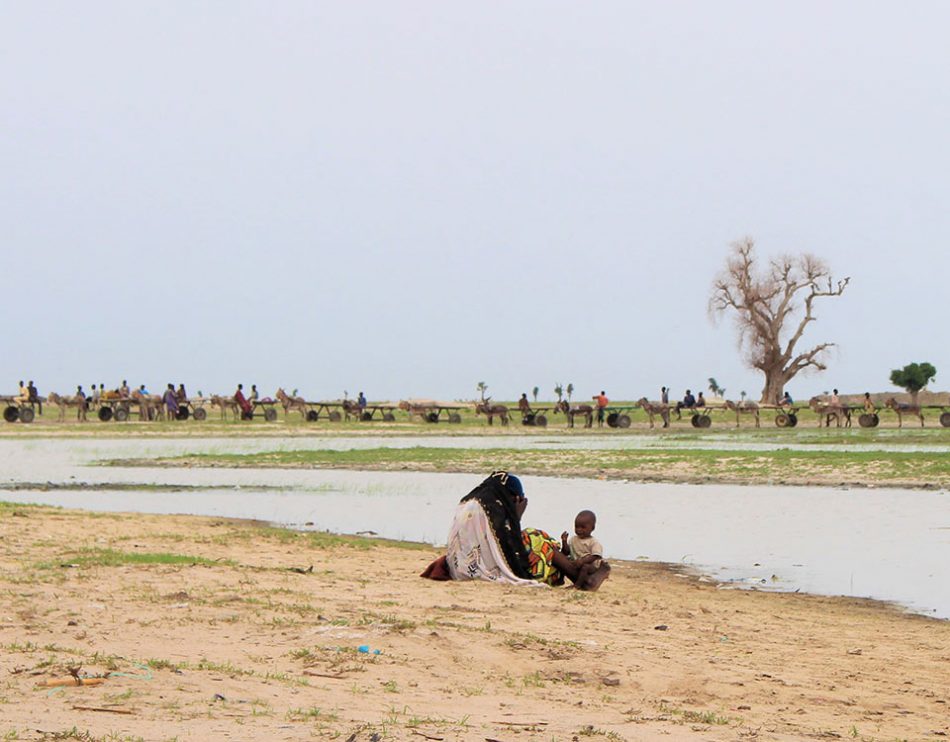 The Boko Haram fighters started their attacks on security personnel in the mid-2010 in a hit-and-run version at police checkpoints. They did this on motorcycles, whereby pillion rider would kill officers on duty and made away with their weapons. Today, the terrorist group has metamorphosed from ragtag fighters to one of the world’s deadliest sects. While its regular onslaughts against civilians are worrisome enough, of greater concern is its many successes against the military, especially in recent times. Since its emergence, Boko Haram has constituted a huge terror on the Lake Chad Basin region, comprising Nigeria, Niger, Chad and Cameroon. Its unending attacks on military bases have netted the group cache of arms and ammunition large enough to make leaders in the region shudder and brace up to avert more devastating future events.

Findings show that “crates and crates” of thousands of weapons and millions of rounds of ammunition” have been lost to the jihadists. In late April, members of Boko Haram and its aligned terrorist organization, Islamic State West Africa Province (ISWAP), showed off different types of operational vehicles and armoured tanks stolen from Nigerian soldiers on 25th April in an attack on a Nigerian Army location at 156 Battalion in Mainok area, Borno state. Such display isn’t uncommon, as the militants enjoy exhibiting their purported wins against the military in the decade-long war. In November 2018, ISWAP also boasted about making away with four tanks and other military vehicles. Aside from the displays of weapons, the militants also enjoy releasing videos of human rights abuses of their victims. This sometimes includes beheading or humiliation of their captives in an attempt to mock the governments and militaries in the region.

It is understandable that terrorism is a global phenomenon, and military bases and personnel are usually the main targets for insurgents. However, the frequency and ease with which Boko Haram attack militaries in the Lake Chad basin, especially Nigeria, calls for deep retrospection. While Nigeria has been the worst hit, the three other countries have also had their fair share of onslaughts. An ongoing review on more than 100 attacks on armed forces personnel between 2015 and 2020 shows that “Boko Haram fighters have overrun fixed sites of companies and battalions in all four countries.”

At every successful attack on military locations, the extremists become richer in arms and ammunition, which they then use to terrorize communities in the region. Given Boko Haram’s insatiable quest to inflate its successes, the governments’ efforts at downplaying the conflicts and the media’s focus being more on humanitarian issues emanating from the war, it is difficult to ascertain the true scale of weapons in the terrorist’s camp. However, what is certain is that from its attacks on military locations, Boko Haram has acquired thousands of assorted firearms and rifles, millions of rounds of ammunition, and hundreds of military vehicles, including armoured tanks and self-propelled artillery Council on Foreign Relations stated. It has also seized petrol, uniforms, communication gear, and other non-lethal materiels in a sizable scale.

The stolen weapons have kept the group in business and pose a great threat to the Lake Chad region and the entire continent, which already grapples with high humanitarian crises. In 2021 alone, Boko Haram and its allies have killed hundreds of soldiers and officers in Nigeria. In the Mainok attack in April, over 30 soldiers were reportedly killed by the group. In March, at least 33 soldiers were killed in Wulgo when two explosive-laden vehicles rammed into a military convoy. In February, the Nigerian army also lost about 20 soldiers to Boko Haram at Malari, Borno State. The downsides of these incessant onslaughts on the armed forces include low morale, mutiny and desertion from war fronts. The development has affected the once healthy civil-military relations drastically. The military appears to be helpless, and the masses gradually lose their trust in the military.

Apart from the effects on the military, other sectors are also impacted severely. The militants have overrun and grounded socio-economic activities in many communities. Farming, which is the most popular business in many of these places, has also been grounded due to incessant attacks on farmlands. In late 2020, scores of farmers were rounded up on their farms and gruesomely murdered by Boko Haram. The kidnapping of schoolchildren for ransom is another regular event in those communities.  To date, the group has killed more than 36,000 people and displaced millions. It has contributed significantly to the refugee crisis in the region and the continent. The four countries are homes to over 300,000 refugees, most of whom fled terrorist attacks. The region also has more than 3 million internally displaced persons (IDPs). This includes 2.9 million persons in north-eastern Nigeria and more than 684,000 persons in Cameroon, Chad and Niger. Unfortunately, the militants still attack their victims in various IDP and refugee camps. In 2020, a deadly terrorist attack was recorded at a western Niger refugee camp. Also, many IDPs in Nigeria have also been struck, resulting in killings and abductions of the already downtrodden people.

The crisis has also exacerbated the hunger problem in the region. According to the UN, around 12.5 million people are in need of humanitarian assistance, with 5.3 million being food insecure. Children suffer some of the greatest tolls, making them highly disadvantaged academically, financially and in various other aspects. 1.5 million Children in Lake Chad are internally displaced or refugees. Over 400,000 are affected by school closure as 1,014 schools remain nonoperational, mainly due to violent attacks. And over 420,000 (ages 5 and below) are also at the risk of severe acute malnutrition.

Despite local and international efforts to curb the menace, the conflict and its resultant effects seem to get worse by the day. Many communities that were once calm and peaceful have recently become hotbeds for violence, just as various other armed groups spring up in different locations. Though they operate under different names, such as hoodlums, killer herdsmen, and bandits, their modus operandi is quite similar to Boko Haram’s. This suggests that the Boko Haram group has infiltrated many places unknowingly under different guises. A few weeks back, Governor Abubakar Bello of Niger State confirmed the active presence of the sect in his domain after 50 communities were seized in the north-central state. North-western states such as Zamfara and Katsina have also recorded various Boko Haram attacks in recent time. This shows that the jihadist sect has spread into all three northern Nigerian regions, compared to its early days when it was only active in the northeast.

While the current events are devastatingly worrisome, there could be much more damning long-term effects if the situation continues unchecked. Nigeria recently became third in the global terrorism index, and most of the conflicts responsible for this are caused by Boko Haram. It is an indication that insecurity in the country has gone from bad to worse, and the bad boys are gaining far too much ground. The recent situation calls for concerted efforts by military and political leaders in the Lake Chad region. Boko Haram and its allies must be stopped for the region to have lasting peace, and stopping the monsters’ sources of arms should be considered a topmost priority.

Olusegun Akinfenwa is a correspondent for Immigration News, a news organization affiliated with Immigration Advice Service (IAS). IAS is a leading U.K. immigration law firm that helps people immigrate and settle in the U.K