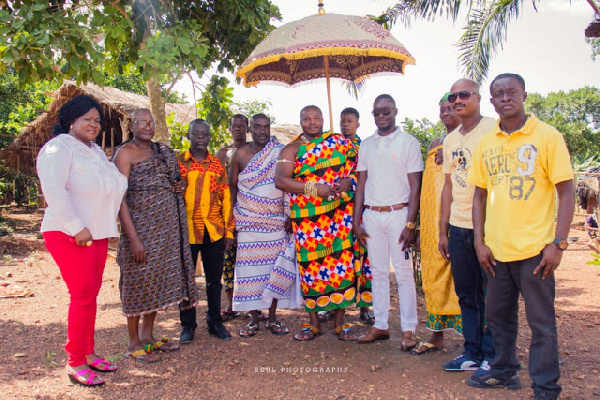 Some members of the Film Producers Association of Ghana (FIPAG) in Kumasi have threatened to embark on series of demonstrations against President Nana Akufo-Addo administration over the relocation of the Film Village.

They plan to welcome Minister of Creative Arts, Barbara Oteng Gyasi, to Ashanti Regional capital Kumasi on Friday, September 18, 2020, with a massive demonstration. This is because, the construction of the controversial film village has been relocated from Kunsu in the Ahafo Ano South District to Sekyere in the Sekyere East District of the Ashanti Region.

It would be recalled that scores of actors and actresses from the Ashanti Region on Wednesday, 24 July 2019 petitioned Parliament to ensure that a Film Village is built in Kumasi, the hub of Ghanaian movies (Kumawood) rather the Kyebi, Eastern Region.

But PRO of Film Producers Association of Ghana Mawuli Ekpe Peter expressing their grievances to Pure FM’s Osei Kwadwo said FIPAG members will not allow the government to relocate the construction of film village from Kunsu to Sekyere.

“The Chief of Kunsu Nana Agyemang Badu Dua I offered 300 acres of land to government and FIPAG for the construction of film village. All FIPAG members including actors and actresses know the government will construct a film village in Kunsu, not Sekyere” Peter.

He explained that “We had a meeting with Creative Arts Minister Hon Barbara Oteng Gyasi recently and she informed us that the construction of film village has been relocated from Kunsu to Sekyere.”