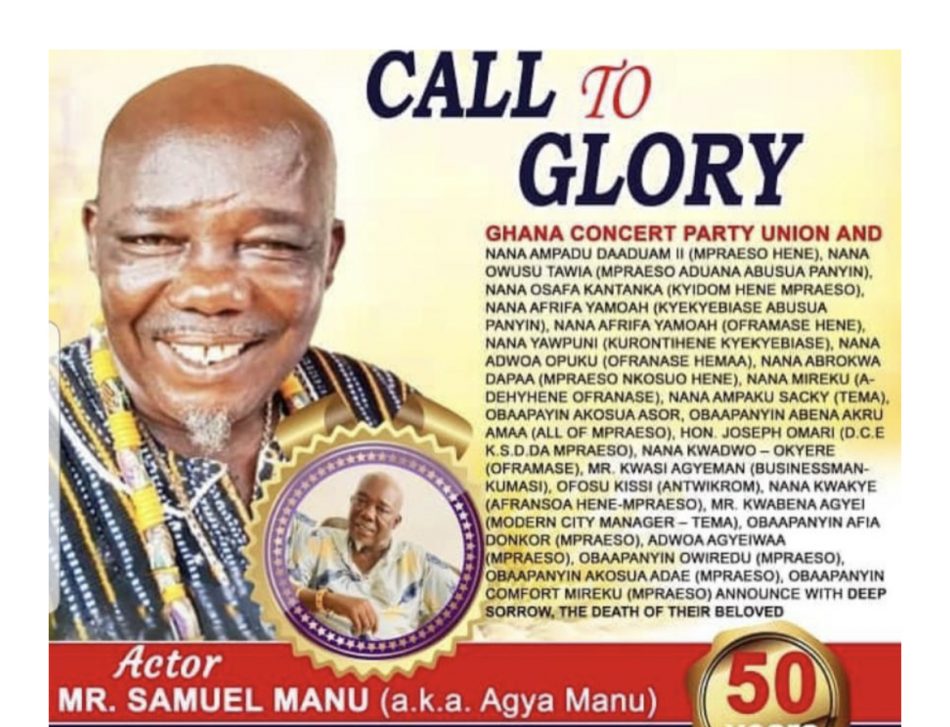 The actor, known privately as Samuel Manu passed on on June 15 after battling an undisclosed illness.
His one-week observation was held on Friday, June 26 at the Accra Arts Centre.

In the latest development, his Obituary, which was shared on social media indicated that Mr. Manu’s funeral will be held on the 20th and 21st of August at the same venue.

A wake-keeping will be observed on Friday, burial on Saturday and final funeral rites and thanksgiving ceremony will be held on Sunday.

Mr. Manu is survived by five children and five great-grandchildren. 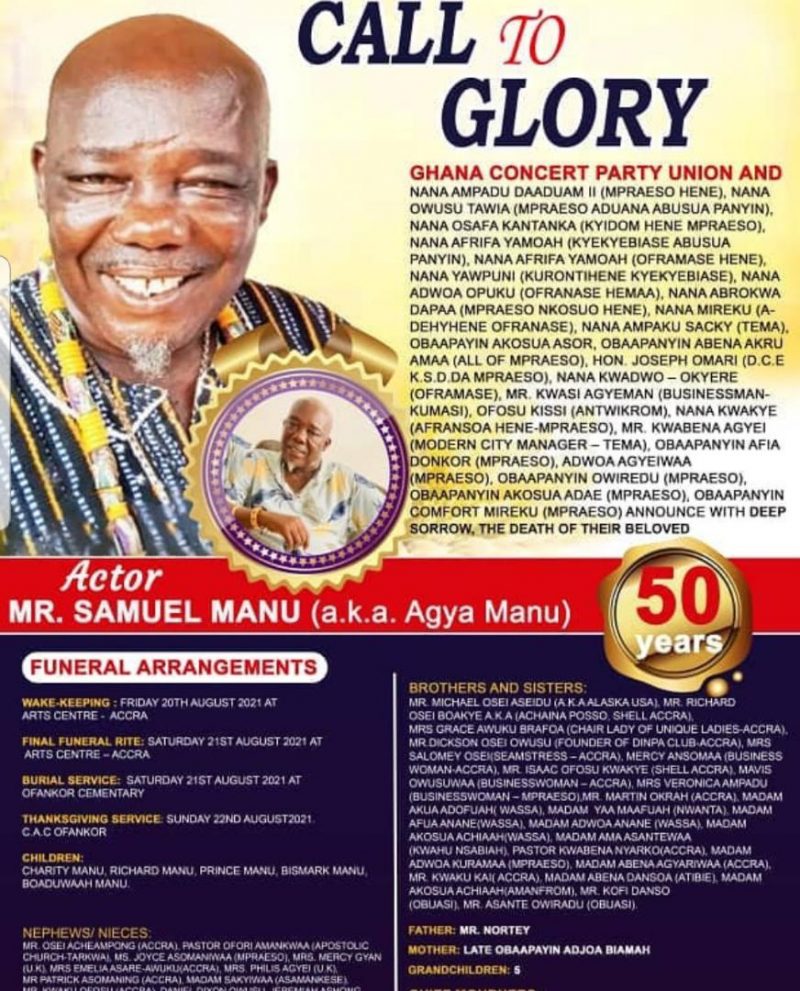