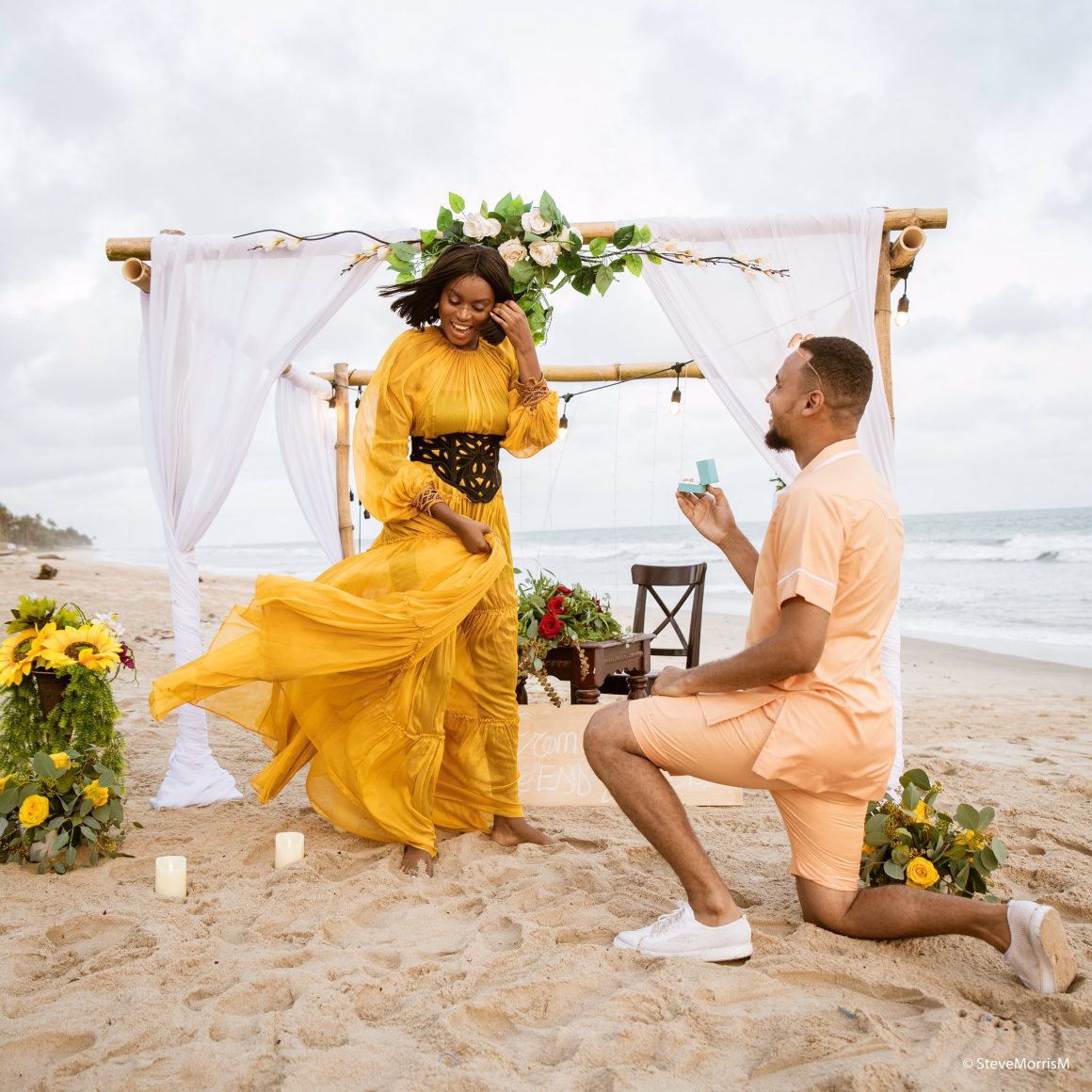 Ghanaian model Roselyn Ashkar is no more a single lady as she has announced her engagement.

The former Miss Maliaka contestant took to social media to share the news.

Roselyn Ashkar is a model, TV and radio personality from Accra Ghana. She started off in the media industry in 2009 as one of the top-listed models for a renowned modelling agency in Ghana called EXOPA.

Later in 2010, she made an appearance in the eighth edition of the popular reality television pageant, Miss Malaika Ghana as a contestant. As part of the top finalists in the competition, her drive to achieve more led her to continue with her modelling career.

Congratulations to Roselyn Ashkar and Wilfred.