In recent times, a lot of reports have been received about various popular personalities on the Ghanaian scene being taken ill, which most of the time leaves the public and their fans sad. Unfortunately, some celebrities lost the battle to the diseases they suffered while others are still fighting the bitter battle. Here are some veteran entertainers seeking help in their fight.

It’s been eight years since actor Kojo Dadson suffered a stroke. For many that saw him in his wheel chair, it was a sad sight.

In a recent TV3 report, Kojo Dadson, could be seen walking steadily and talking aswell.

The Ghanaian actor known in popular series ‘Home Sweet Home’ was diagnosed with stroke in 2012.

The sickness which affected part of his face also impaired his speaking ability and confined him to a wheelchair for eight years.

It is refreshing to know that the actor who is wildly loved for his acting and humor is doing well.

He, however, disclosed that it is difficulty sometimes to fund his hospital expenses.

Emmanuel Armah is one of Ghana’s finest veteran actor who has contributed much into the movie industry in it’s progress. The actor has transformed and is unrecognizable due to his current stature, as he is fight for his life over stroke since 2017. 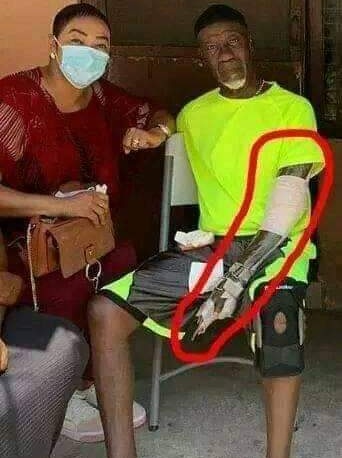 Psalm Adjeteyfio popularly known as T.T from the then-popular TV Series, Taxi Driver has also been off the movie scene for a while now due to a heart disease.

In 2019, the actor confirmed that his sickness was being managed with an expensive cocktail of several medicines. He said he had swallowed 5,000 different drugs over the one-and-a-half years that he has lived with the ailment.

Mr Adjeteyfio said his greatest financial challenge was transporting himself from his residence for medical reviews and checkups.

Top 8 times that Ghanaian artists made us proud globally