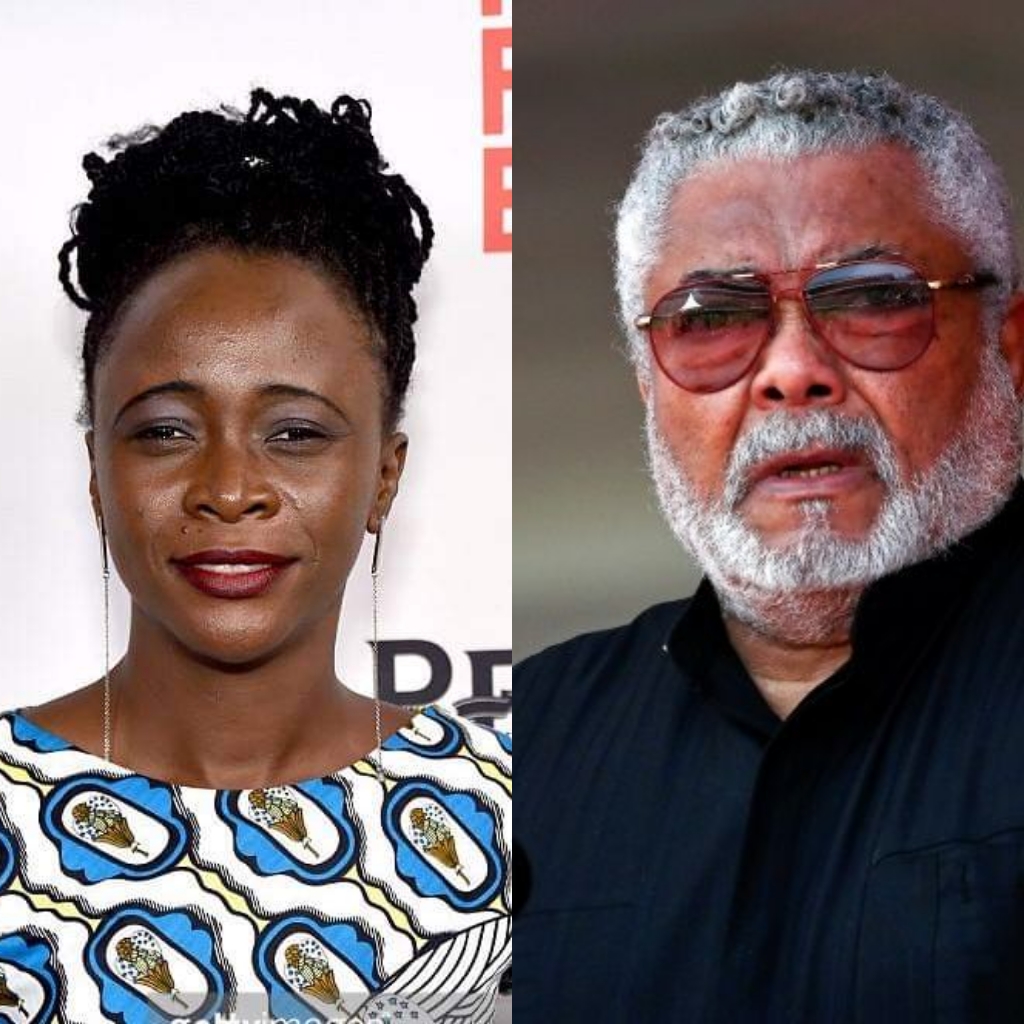 In a post on her facebook page, Leila stressed that Late Ex-president Rawlings was a selfless leader, hardworking and a disciplinarian, who sought to enforce same character in people, so it is unhealthy for anybody to refer to him (Late President Rawlings) as one who had some traits of both bad and good character.

According to Leila, the late President Rawlings was an exemplary leader with unmatched integrity, who did a lot to save Ghana. She also believes he was a legend, and that Ghanaians will never again see his kind.

In her post, she wrote; ” I’m not sure I understand or appreciate some of the Ghanaian journalists and their duplicitous commentary. JJ Rawlings had a good and bad side? What y’all mean? What bad side?

“His unmatched integrity? Leadership by example?

“It’s unhealthy to refer to people who enforce discipline, integrity, hard work and selflessness as difficult or bad.  Rawlings SAVED Ghana from hunger and all the corruption wrought under Acheampong. He punished the guilty. If that’s what made him bad, well…

“Ghana will never ever see his kind again. Every plane that flew above our heads brought the chant “JJ Rawlings” from kids. He was a legend!  He was rare and he was such a dreamy god! Rest Well! You will be missed and never forgotten!”

Adding to her post from the comment section, Leila argued that the late Ex-president Rawlings had no hand in the death of some Judges who were reported to have been killed during the PNDC era. And that she can give every detail of what happened, since his father Flt Lt Djansi and the Late President Rawlings were friends.

“Rawlings didn’t kill judges. My father Flt Lt Djansi and Rawlings were colleagues and friends. Junior officers did that after Rawlings was wrongfully arrested for defending their cause. My father was shaved bald by same officers. Almost framed to be killed. I could tell you the story. So please stop accusing him of crimes committed by others during a revolution” she wrote.

I’m not sure I understand or appreciate some of the Ghanaian journalists and their duplicitous commentary. JJ Rawlings…