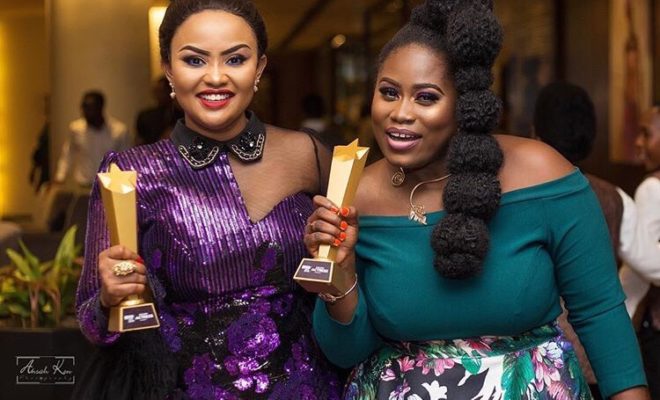 The Grand Jury of the Golden Movie Awards Africa has begun screening of films submitted for this year’s edition of the Awards.

In all, over a hundred films were submitted this year, out of which some were selected by the pre selection committee to be further screened by the Grand Jury for possible nomination in the various categories.

The GMAA, a merit based film award is organised by NMJ Ghana and its Ghanaian and international partners to reward excellence in filmmaking on the African continent.

The nine member Grand Jury, which is made up of experienced filmmakers and film industry practitioners, chaired by madam Veronica Quarshie and assisted by madam Akorfa Edjeani will screen the pre-selected films from 3rd November, 2020, after which the most outstanding films and filmmakers will be nominated in the various categories

For five years running, the event has brought actors and actresses, filmmakers, seasoned film critics, representatives of the Arts, Culture and Tourism ministries as well as other stakeholders in the African film industry together to celebrate and honour the industry’s most outstanding achievements within the year under review, while discussing the best ways of improving on it

Before the Grand Jury met however, there was a pre selection exercise from Tuesday, 20th October 2020 to Thursday 22nd October, 2020.

Chaired by entertainment journalist Mr. Arnold Asamoah Baidoo, the committee screened over a hundred films and selected the films with the best video and sound quality, as well as a relatable storyline.

Other members of the committee were seasoned actress Madam Beverly Afaglo, experienced member of the Film industry in Ghana, Mr. Fred Kyei Mensah, Head of Production at Smarttys Productions Madam Faustina Paintsil, and selected students from the National Film and Television Institute.

The Grand Jury screening is scheduled to end on Monday November 9, 2020