Grammy Awards 2021: Does Burna Boy stand a chance this time? 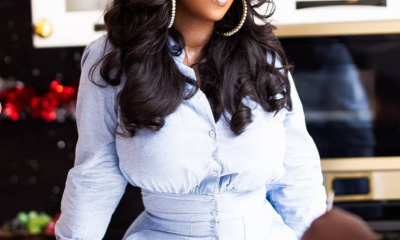 The year 2019 was great a year for Nigerian Superstar Burna Boy. With the release of his fourth studio album, “African Giant” followed by well attended concerts all over the world, the “Odogwu” was poised for all the many accolades in the world.

It was therefore not a surprise at all when “African Giant was nominated in the ‘Best World Music Album’ category together with Altin Gün, Bokanté & Metropole Orkest, Nathalie Joachim With Spektral Quartet and Angelique Kidjo.

African Giant is the fourth studio album by Nigerian singer Burna Boy. It was released on July 26, 2019, by Spaceship Entertainment, Atlantic Records and Warner Music. The album is a mixture of Afrobeats, Afrobeat, dancehall, pop and hip hop. It was produced primarily by Kel P, along with production from Benjamin Zill, Dre Skull and Skrillex, among others. The album features guest appearances from Jorja Smith, Jeremih, Damian Marley and Future, among others. It was supported by eight singles, including “On the Low”, which won Viewers’ Choice at the 2020 Soundcity MVP Awards Festival, “Killin Dem”, which won Song of the Year at the 2020 Soundcity MVP Awards Festival, among other awards; and “Anybody”, which Burna Boy performed on Jimmy Kimmel Live!.

The album received generally favorable reviews from music critics, who called it cohesive and praised Burna Boy for not diluting his sound. It was included in the year-end lists issued by several publications, including Billboard, Complex and Pitchfork. African Giant won Album of the Year at the 2019 All Africa Music Awards and was nominated for Best World Music Albumat the 62nd Annual Grammy Awards. It was supported by the African Giant Returns tour, which commenced in Toronto in August 2019.