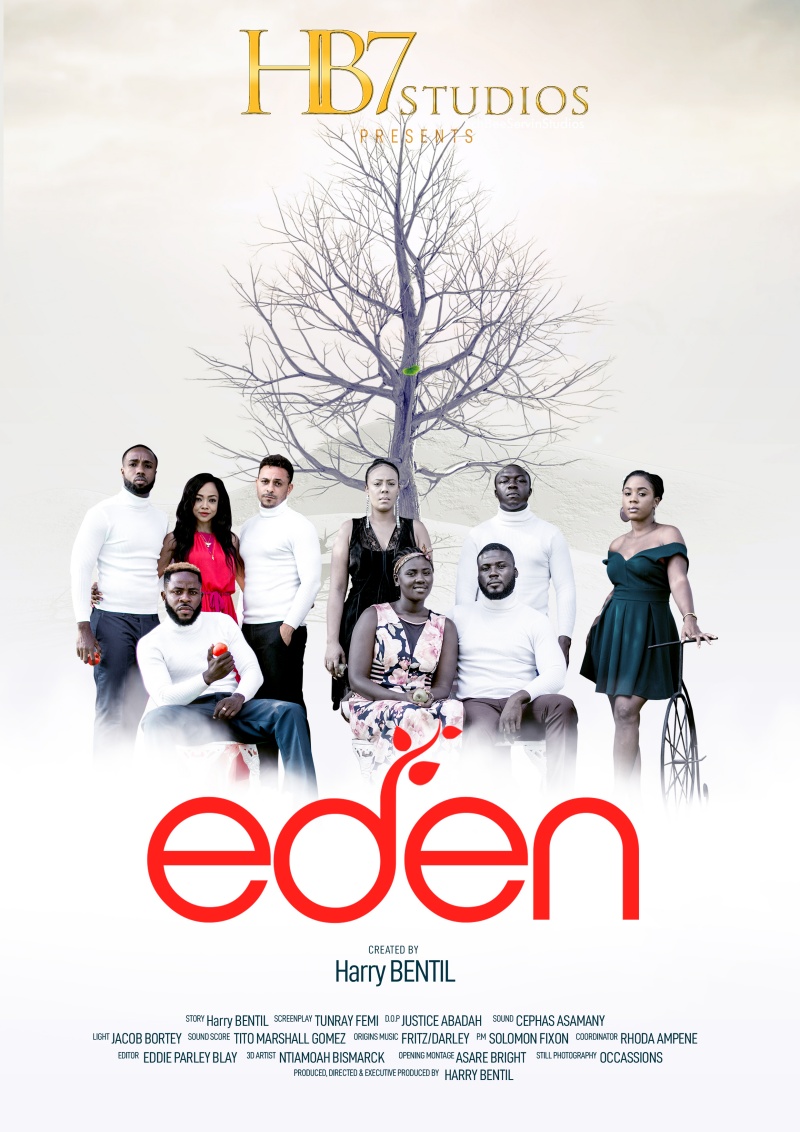 HB7 studios has announced the second season of the riveting drama series ‘Eden’. According to director and producer,  Harry Bentil, HB7 studios is currently at the end of pre-production and ready to go on set for the second season, which promises to be bigger and better.

Season 1  followed the story of four gents who meet in their final year at the university and decide to live together, They soon find out that nothing about their living together was a coincidence, and that their lives are more connected than they ever imagined.

‘Eden’ was produced and Directed by Harry BENTIL in 2019 and first released in August 2020 on Amazon prime video where it is currently doing amazingly well.  Eden has further been released on other platforms, some of which in recent times are Feva TV in Canada and DSTVs Akwaaba Magic Channel. The 20-episode first season was meant to be followed by another season in October 2020 but plans were held back because of the covid outbreak.

Before the new season comes out, you can watch the drama on  Season 1 of ‘Eden’, currently streaming on Amazon Prime and also on Akwaaba Magic on Fridays at 5:30pm and Sundays at 9:30pm