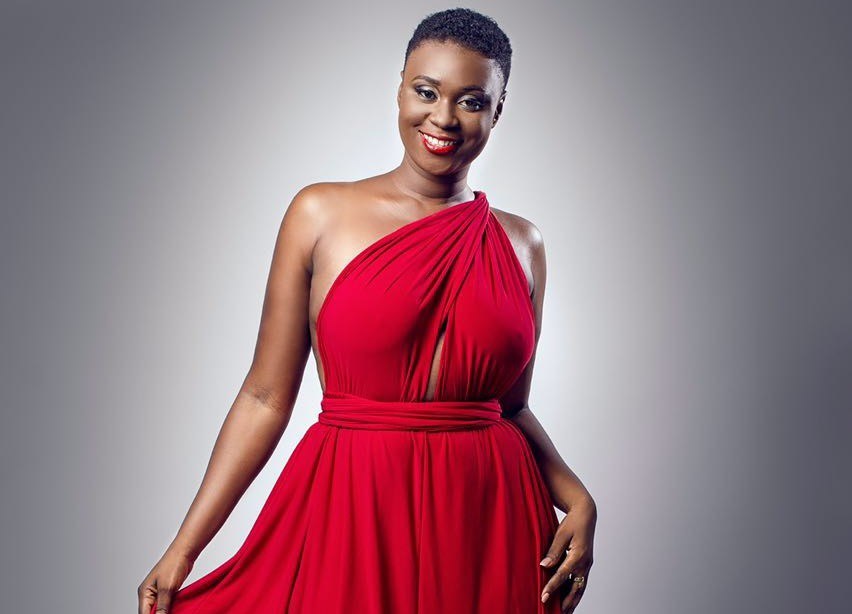 Ghanaian actress, Bibi Bright has detailed the circumstances that led to her accepting Christ as her savior.

The mother of three, who stated explicitly on the Delay Show years ago that she doesn’t believe in the Christian religion, has had a change of heart.

In a recent interview with Franky 5 on Hitz FM’s “This is Gospel” show, Bibi narrated that her acceptance of Christ was as a result of a dream she had about popular Pastor Rev. Owusu Bempah.

“I can tell you that on three occasions, I have encountered Him [God]. The first time, I said it was just a coincidence. The last time that I really accepted Him was my last childbirth,” she explained.

“I went to his church. After he was done preaching, he was just walking through the crowd. He looked at me, went back, looked at me again, went back; the third time, he looked at me and asked what dream I’ve had about him. He called me, I told him the dream and he said God loves me but I’m very stubborn,” she continued.

She added; “Owusu Bempah has piercing eyes. I couldn’t look at him straight in the eye, I kept looking away. He said I was destined to die through childbirth; it’s not masterminded by anyone.”

“Then he asked me to thank God because God had said to him that He has saved me. So the watch that I saw in my dream that he was taking off was my life, my time that had expired and God had given me another one.”

Bibi explained that indeed, she did face some difficulties during her childbirth as speculated by the Pastor.

“I couldn’t walk for three days,” she said. “I was in town when it happened. They had to carry me like a bag of rice. All the doctor could tell me was the child had moved but I had spoken to Rev. Owusu Bempah and he had said nothing would happen to me.”

“I actually gave birth with my mother lying on top of me,” she concluded.

Bibi Bright is now a firm believer in Christ and very staunch Christian.