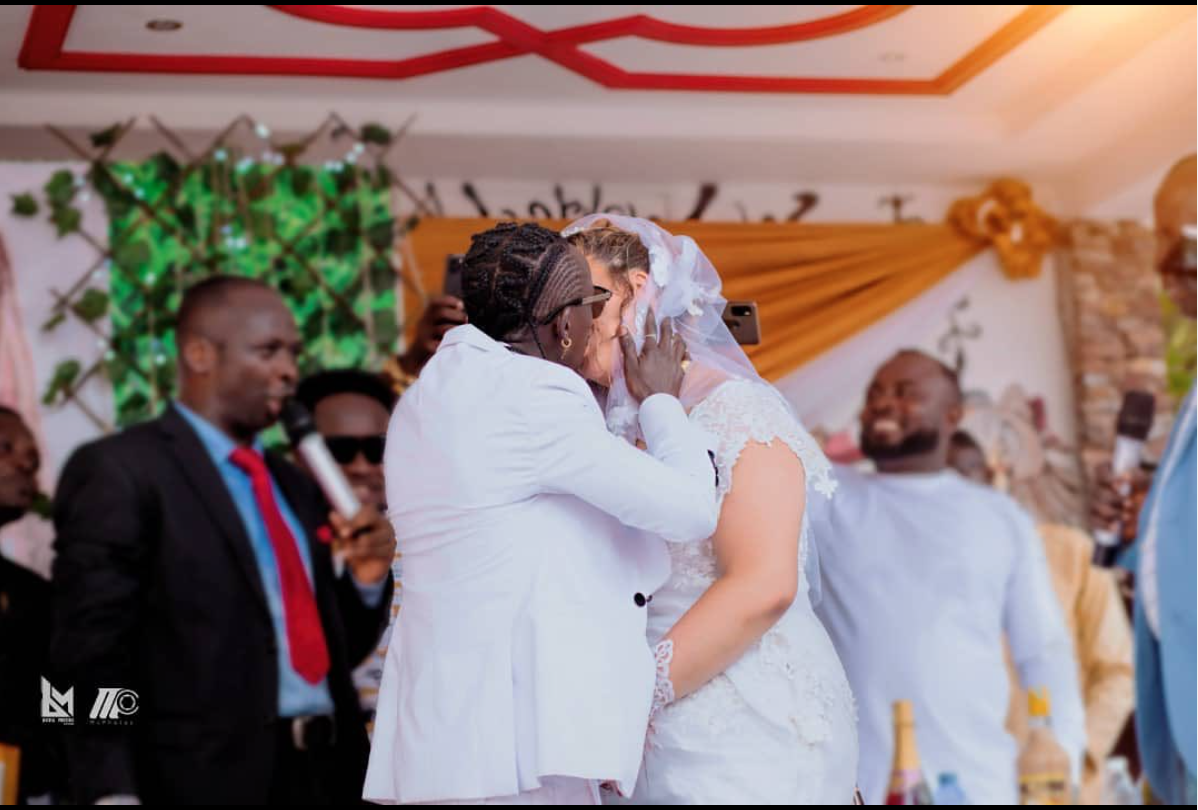 Newly wed Patapaa and his wife Liha Miller are still in the news following their wedding on January 2,2021.

Speaking in a Skype interview on Adom TV with Sister Sandy, Mrs. Patapaa has stated that her husband is the most romantic guy she has ever met. According to her, that is one of the reasons why she married him.

“He is very romantic. That is why one of the reasons why I married him. He is the best man I have ever met. He is like perfect, he really is and we match, we really do. If I am sitting in the car Patapaa will force me to wear a seat belt. When I am sleeping he will wake up and he will cover me with the bedsheet when I push it away,” she stated.

“The last time I was in the hospital, I was so sick, and almost the ten days I was sick he did not sleep one night. Anytime I opened my eyes he was there. That was the first time I saw him cry. When I asked why he said ‘how can I feel happy if you are sick,” she added.

Meanwhile, Liha has also revealed that she’s had several phone calls and complaints from strangers asking her to leave Patapaa.

“I don’t have the perfect shape. Patapaa is not handsome. I’m just with him because of the money. He’s just using me. Everywhere he goes he’s always with different girls,” Liha revealed in an interview with Abeiku Santana.