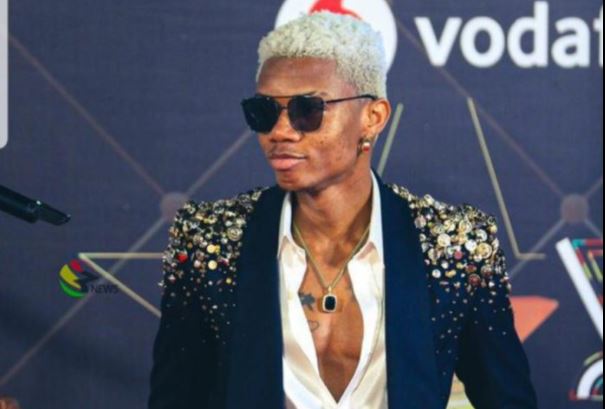 KiDi has responded to the heavy social media trolling he was subjected to after losing the VGMA ‘Artiste Of The Year’ to Diana Hamilton.

According to the ‘Golden Boy’ singer, he had psyched himself up for the reactions he would face even before leaving the auditorium.

The ‘Send Me Nudes’ singer speaking in an interview with Doreen Avio on JoyNews said:

“I have had a trolling experience even before I become an artist/celebrity. I remember my first VGMA attendance, the suit I wore what twitter did to me! I know how these things work, someone has to be the scapegoat somehow.”

He added: ” I think I set myself up by saying that ‘I will be back’ each time I received an award so I expected everything to happen the way it did. It’s good that you accept everything with grace and move on”

I was psyched up for the VGMA trolls – KiDi.

The multi award-winning singer disclosed to @DoreenAvio in an interview. pic.twitter.com/hNTZtdu7Lh

KiDi went home with four awards at the 22nd VGMA but missed the biggest award to Diana Hamilton.

Watch: ‘I am not Satan’ – KiDi responds to Christian critics of his VGMA loss