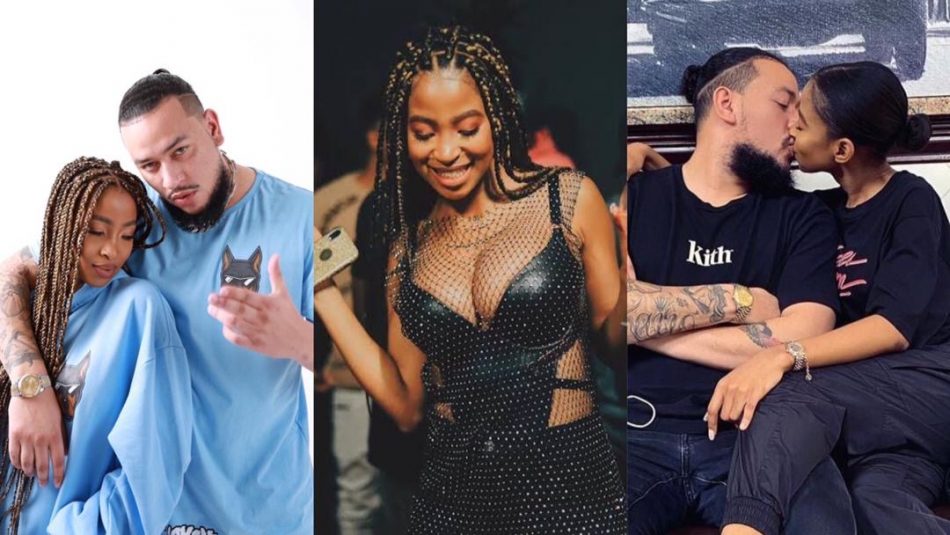 Superstar South African rapper, Kiernan Forbes known popularly as AKA has stated that he is not a suspect in the ongoing investigation into the death of his fiancée, Nellie Tembe, by the South African Police.

Fondly referred to as Anele, it was reported that the rapper’s fiancée fell from one of the upper floors of the hotel to the intersection of Loop and Bloom streets in the Cape Town central business districts.

AKA and Anele had gotten engaged in February this year. In March, he paid ‘lobola’ to her family, describing her as ‘the love of his life’ when he announced their engagement on social media.

The rap artiste revealed that some people whom he and his late fiancée trusted with their deepest troubles now use them as weapons against him.

Like all relationships, AKA stated that they enjoyed a beautiful, yet challenging relationship which at times was tumultuous, made worse by the pressures of being in the public eye.

As numb as I was at Anele’s funeral, I took in every word imparted, the direct ones and all those filled with innuendos. I will not be a part of speaking or exposing our troubles as a couple to defend myself from one-sided views that are portrayed out of their full context. Every story has two sides and so does every video, image and message…”

Speaking on inquest to the death of his fiancée by the Police, the rapper emphasised that the investigating officer had stated numerous times that he had not been named to be a suspect.

AKA said, “I am fully aware of who the ‘sources’ engaging media are and what their intention is, which is to influence the SAPS inquest. The investigating officer has stated numerous times to my legal team that I, Kiernan Jarryd Forbes, have not been named to be a suspect, but have been nothing by a cooperating witness.”

“What I will say as my truth is, I was and still am madly in love with a girl, carrying whatever past traumas she faced before I met her.”

He further explained that he has submitted himself for psychological and spiritual counselling for his own benefit and growth.

“I own up to my past and current traumas and I have submitted myself to psychological and spiritual counselling for my own benefit and growth. I hope everyone affected by Anele’s traumatic passing does the same for themselves, individually and collectively, so that we may all afford her spirit the rest she deserves and come to terms with the choices she made that fateful morning of 11 April,” the rapper said.

Rapper, AKA, speaks on the tragic death of his fiancee, Nelli Tembe