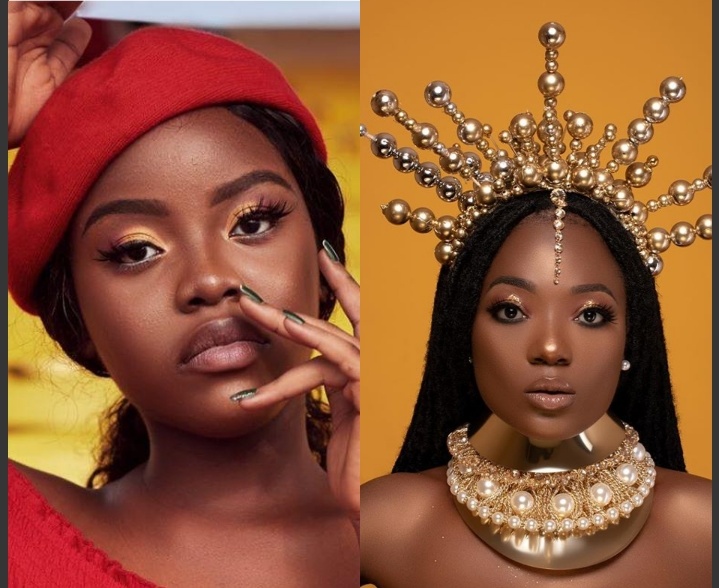 Ghanaians last night on Twitter engaged in arguments over who is a better vocalist, between uprising songstress Gyakie and the “Legendary” Efya Nokturnal.

Since Gyakie dropped her EP titled “Seed”, which is making waves internationally, some fans of Gyakie, and music lovers have commended her musical prowess.

Last night, the argument over the two artistes (Efya and Gyakie) began, when some fans decided to compare Gyakie to Efya Nokturnal, with claims that Gyakie is a better vocalist compared to Efya.

According to some of the fans, Gyakie is better, while some are of a contrary view that, Efya is. Others also were of the view that Efya is overrated. 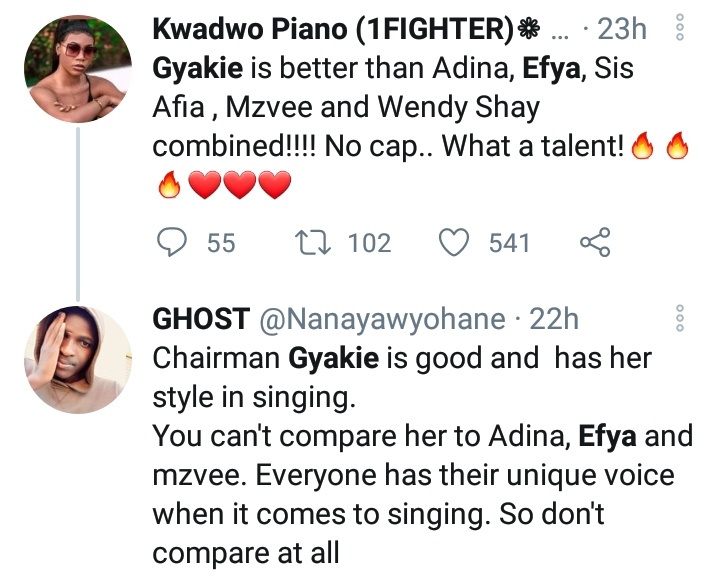 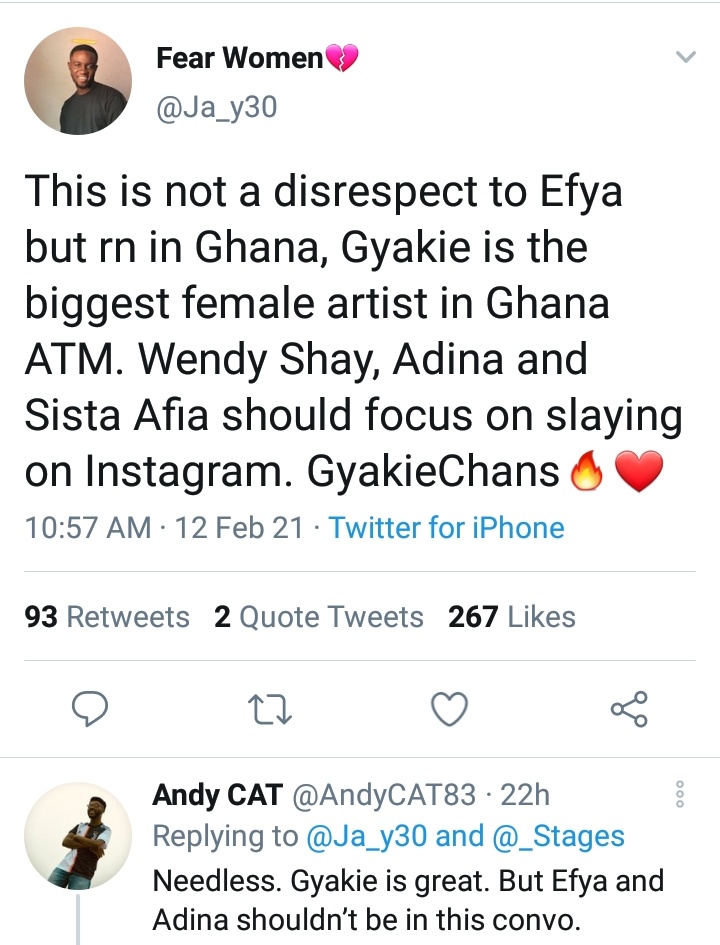 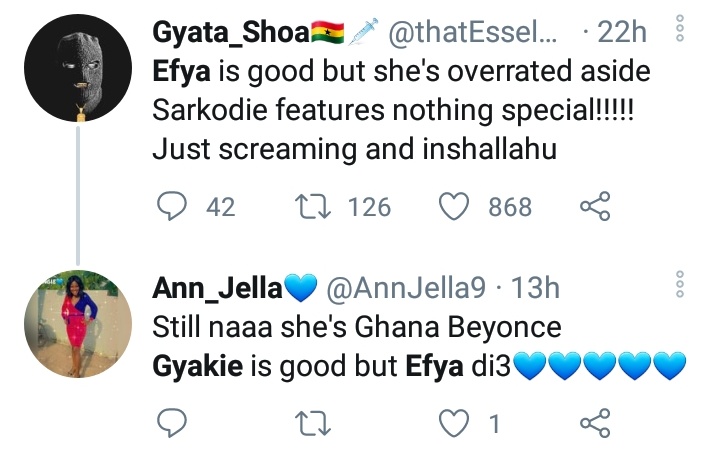 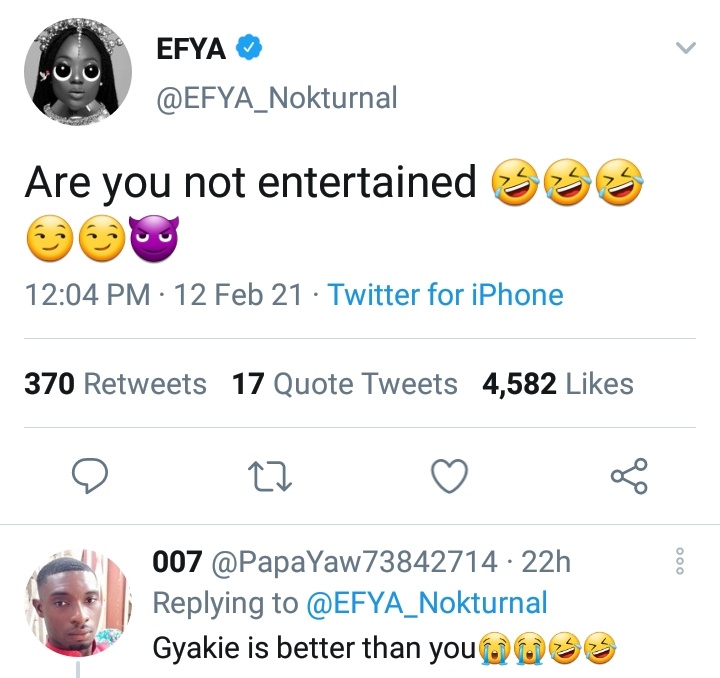 In the course of the argument on twitter, Gyakie herself tweeted that Artistes like Efya paved the way for her, so the argumen6t and comparisons were needless.

“Artists like Efya and all the ones before me paved the way for some of us to be where we are. The National agenda should be the focus. Let’s try as much possible to make love and positive energy lead us. Enjoy good music and support Ghana,” Gyakie tweeted. 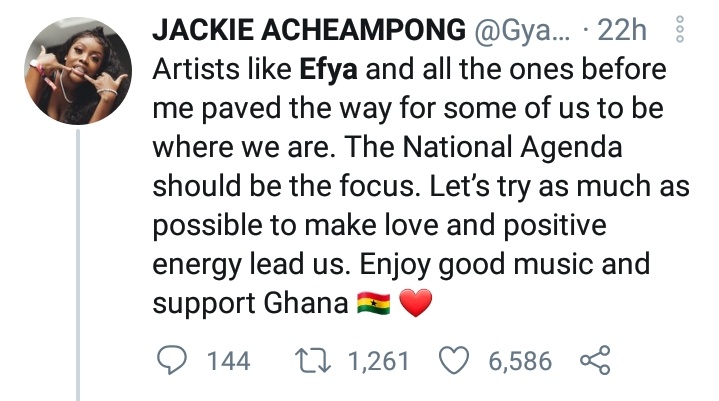 Earlier this morning, she took to twitter to suggest that she’s rather in competition with herself. In a tweet she wrote, “I’m only better than my previous self”.

I’m only better than my previous self