‘It can get better’- Celestine Donkor’s husband praises GHAMRO as they receive GHC 11,000 as royalties 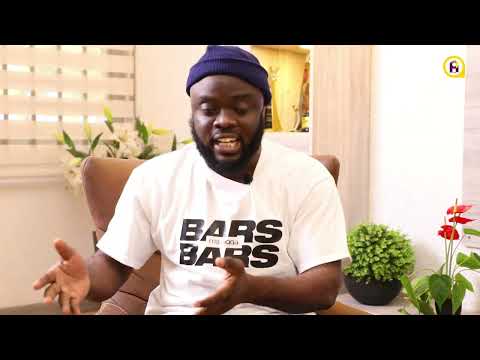 Kofi Donkor,  husband of popular Gospel musician, Celestine Donkor has revealed how much money they have received as royalties form the Ghana Music Rights Organisation (GHAMRO).

On December 23rd December, 2021, Kofi Donkor had made public in a Facebook post how much they had received so far as royalties from the music organisation.

However, it was later clarified that there was more to come as the payment was been done in three parts.

“On 23rd Dec, I posted what I got from GHAMRO as royalties. Thanks to that post I later on got clarifications from the GHAMRO administration that what my artiste and I got was the first of three payments we will be receiving,” Mr Donkor revealed in a Facebook post.

The final payment was made to them on January 19th, totalling the amount received to GHC 11,000.

Sharing the news of their payments on his Facebook, Mr Donkor revealed that it was the highest amount of money they had received from the organisation so far.

“I am happy to announce that at 2:44pm today we got our final payment (see screenshots below). So between my artiste and myself we have received in excess of GHS11,000. This is the highest we have EVER received as members since we signed up with GHAMRO as our collection society.”

He continued; “I think it is only fair that I appreciate the hard work of the GHAMRO administration and Board for this. Keep up the good job we know it can get better!!!” 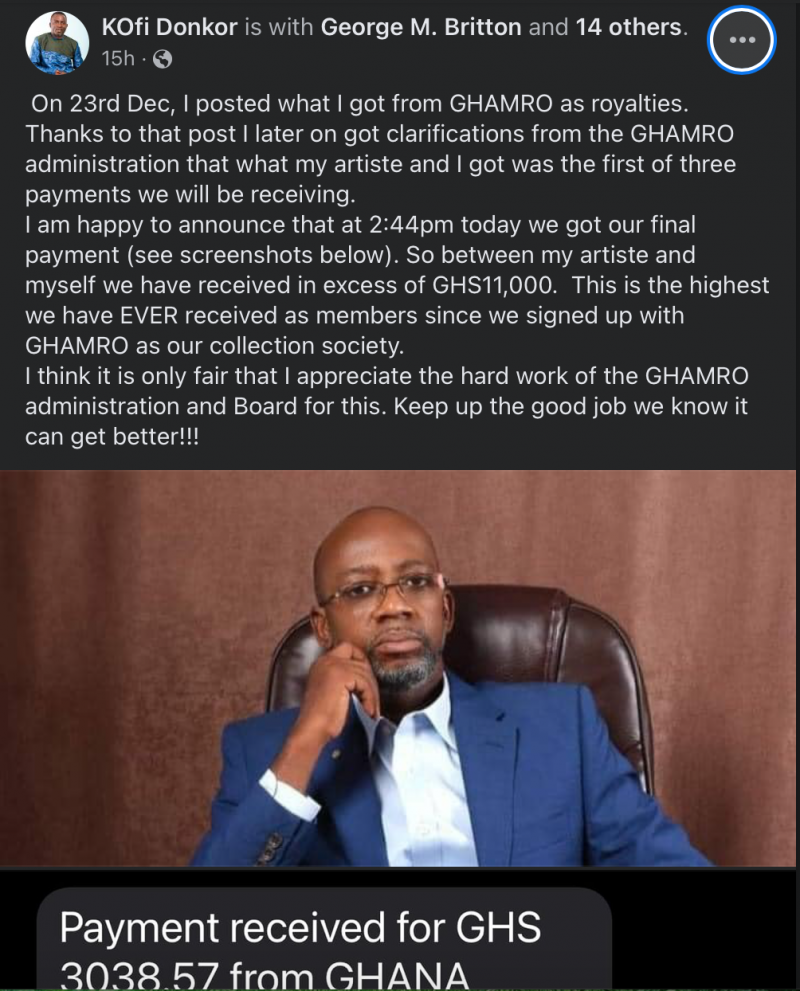