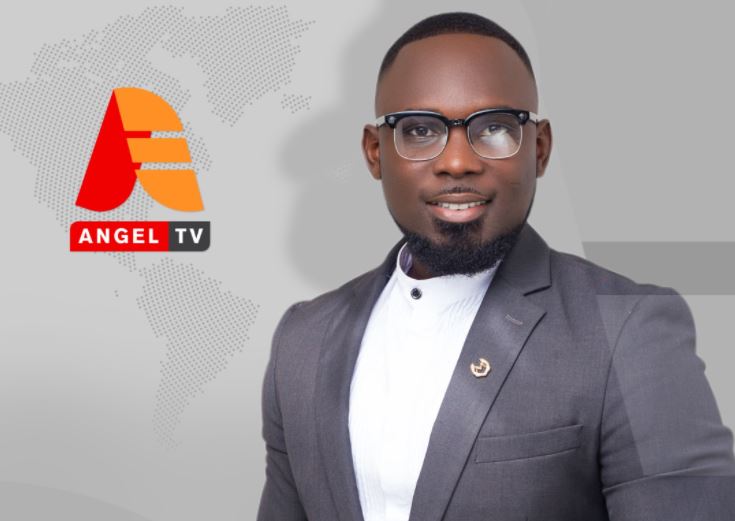 After months of being on suspended leave, Sports journalist Kaninja has announced his resignation from the Angel Broadcasting Network.

Kaninja joined Angel TV/FM six years ago and built a solid career as one of the nation’s voices in sports journalism and sports commentary.

Later in 2021, Kaninja and his now ex-wife Xandj Kamel were involved in a divorce scandal that led the two to leave the station on a one-month suspension.

However, to start the new year, Kaninja has officially announced his resignation on social media.

He thanked the management and apologized for any problem his personal problems might have caused.

“At this point in time I humbly announce my departure from Angel Broadcasting Network (ABN). Over the past (6) years of working with the institution as a presenter of Angel TV. I’ve been blessed with several opportunities. I will like to thank group President and Mentor Dr.Oteng, Madam Akua Amoakowaa, the Executive, Management and the entire staff for their support during my stay. If I wronged anyone during my stay am sorry

and ask for forgiveness. I want people to Judge me by what they saw but not what they Heard. God’s timing and plan has always been the best and it’s time to move on. .. To my cherish audience, thank you for your unending support throughout my 6yr tenure with the station. THANK YOU ABN………God Bless Us All”