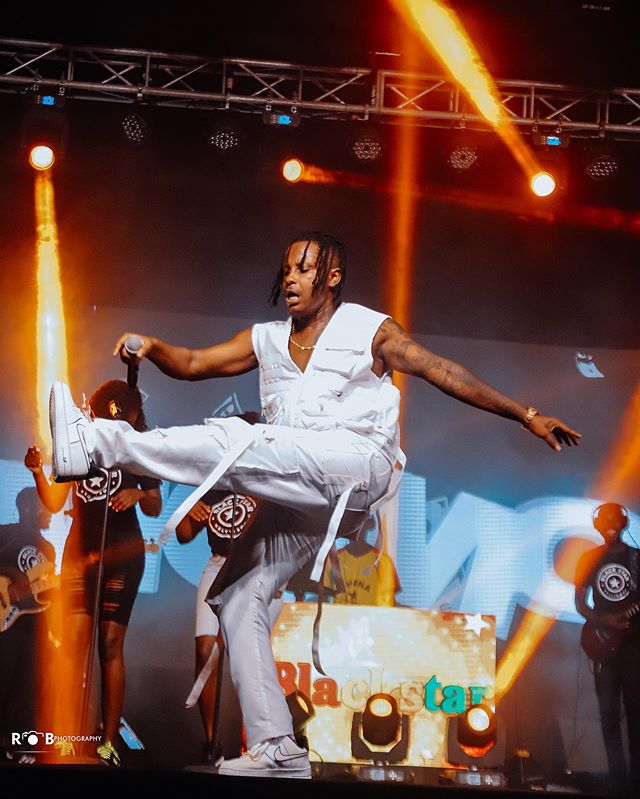 Ghanaian Afrobeat artiste Kelvyn Boy has released his maiden album titled ‘Black Star’ under Blakk Arm Group.
The album is an anthology of songs that reflect the brand and artistry of Kelvyn Boy .

The ‘Black Star’ album launch party happened on October 29, 2020, where Kelvyn Boy performed some of his songs to the relish of the media and other music stakeholders.

Great performances came from African music icons like M.anifest, Efya, Joey B, Quamina Mp, Fameye and many other.
Watch the full performance of the ‘Black Star’ album launch below;

Currently signed onto Blakk Arm Group, Kelvyn Boy, born Kelvin Brown released his First ever EP in 2019 titled ‘Time’ and has many hit songs to his credit including Mea’, ‘Momo’, ‘Wora’ among others.

He aims to take his music and the Ghanaian Afrobeat culture to the world.

The Blakk Arm Group singnee won Unsung Artiste of The Year in the Vodafone Ghana Music Awards in 2018.
The ‘Blackstar’ album is available on all digital platforms/stores.

Pre-order Kelvyn Boy’s #BlackStarAlbum by using the link below on Apple Music;
https://music.apple.com/us/album/blackstar/1537069807