Kennedy Agyapong reveals he was joking about “Mahama and Tracey Boakye”, she apologises to him 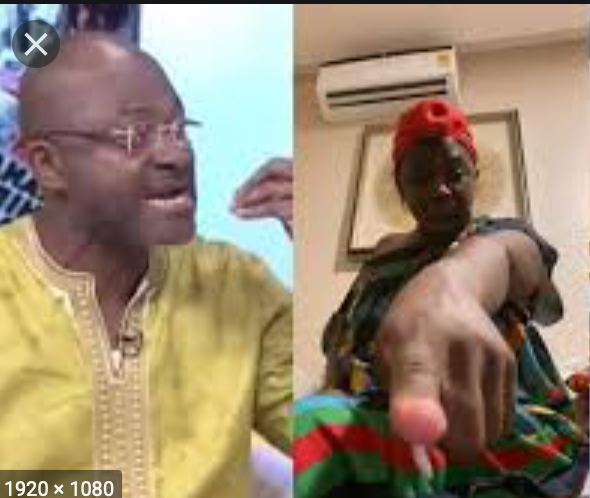 Member of Parliament for Assin Central, Hon. Kennedy Agyapong has backtracked on his accusations of a romantic affair between Former President John Mahama and actress Tracey Boakye.

A couple of months ago, in a heated interview, Kennedy Agyapong made claims that John Mahama had bought a mansion worth over $450,000 for Tracey Boakye at East Legon.

He subsequently suggested that John Mahama is Tracey’s baby daddy.

His comments did not sit well with Tracey who hit back in a series of videos cursing and revealing some dirty secrets off him as well.

However, speaking in an interview on the Sunday Night show with Kojo Mensah on Asaase Radio on Sunday, Kennedy Agyapong stated that his claims were nothing but jokes.

Reacting to the interview, Tracy Boakye expressed her sincere apologies to the Member of Parliament and warned him not to Koke with such issues like that again.

“JOKING??? Really??? Ok, Hon Kennedy Agyapong, I beg you not to joke with such issues again, especially during an election period, No Politician has bought any house nor cars for me, My Man is not a politician. I AM ALSO SORRY FOR THE HARSH AND DISRESPECTFUL WORDS I USED FOR YOU, you’re like a father to me, and I’m your daughter. SO SORRY, and please such jokes are too expensive. THANK YOU