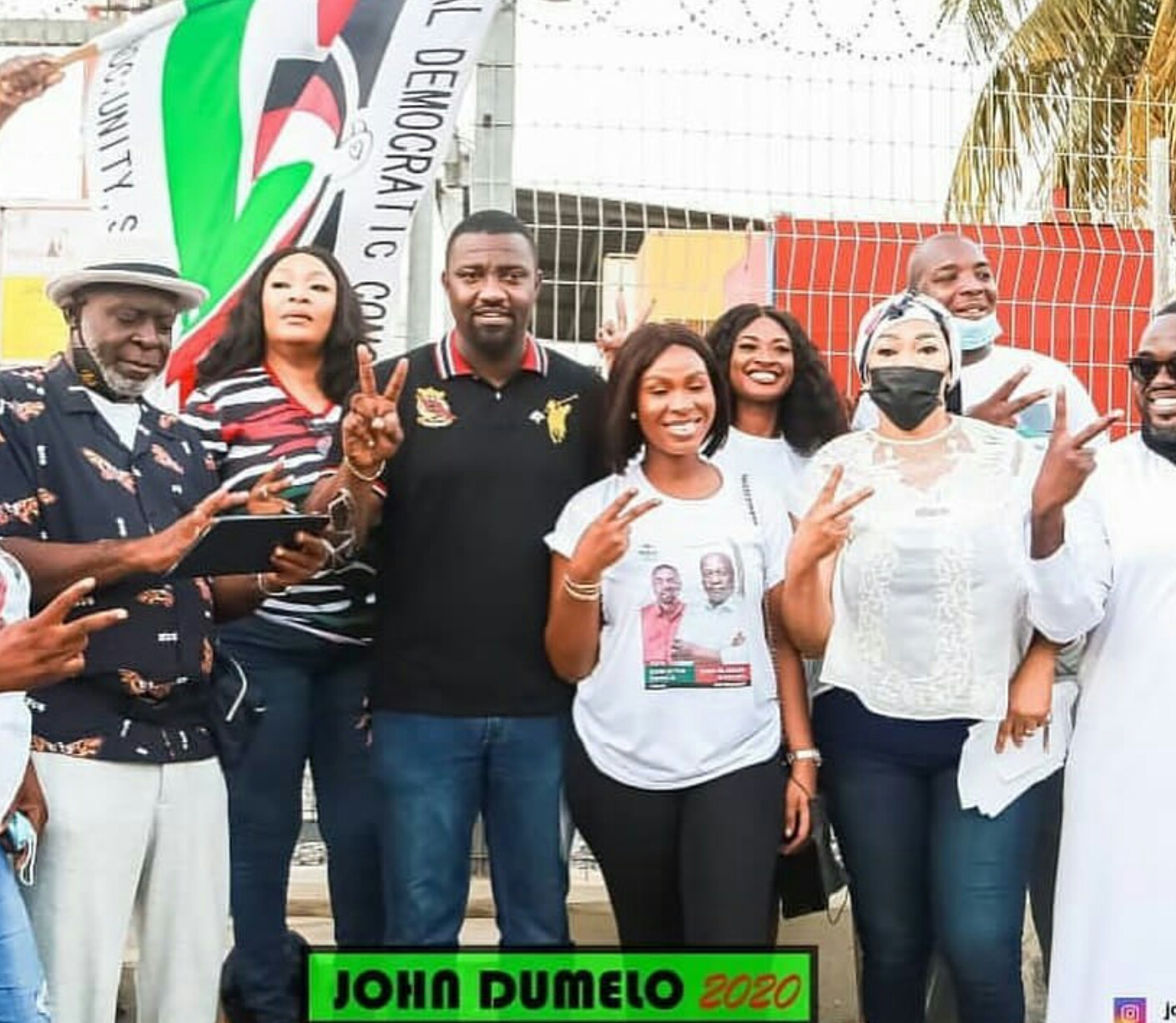 With just two days left for Ghanaians to go to the polls, campaigning has reached its peak especially in Ayawaso West Wuogon Constituency which has become a celebrity hot-spot.

The constituency’s seat is being challenged by incumbent MP Lydia Alhassan who is vying for re-election on the ticket of the NPP and John Dumelo who is seeking to claim the seat for NDC.

In recent photos of the campaign trail, some top celebs have been seen campaigning for the actor-turned-politician.

Photos have shown the likes of veteran actor Kofi Adjorlolo and Fred Nuamah hitting the campaign trail in support of John Dumelo with the hopes of canvassing some votes for him.

The Ayawaso West Wuogon is one of the most hotly-contested seats in the country and many eyes would be on happenings there.