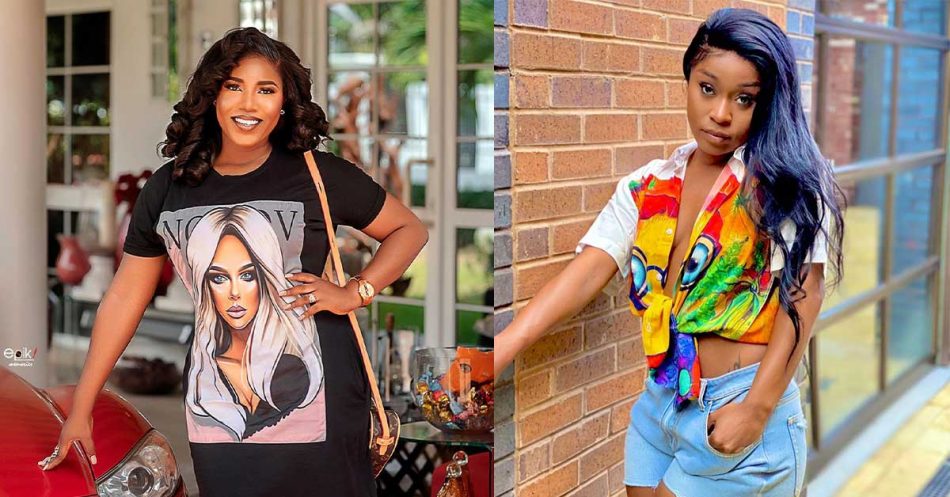 Ghanaian actress, Efia Odo is back on social media after her short break and she’s already picking heat with actress, Victoria Lebene.

An article on Twitter with the headline, “Your indecent dressing on social media is not helping the cause of the FixTheCountry campaign-Victoria Lebene subtly jabs Efia Odo” caught Efia Odo’s attention.

This led to the former Kwese TV host’s attack on Victoria.
Efia accused Victoria Lebene of trying to  pimp her to men for $2,000 some years back and therefore had no moral right to judge her for her way of dressing.
She wrote:

“Lol you’re married now so you think your decent? Lmaooo you forgot when you tried to “hook” me up and I told you I don’t do hook ups? Talking bout he will give me $2k

. Bitch you was selling pussy and tried to make me sell mine but now you’re married so you’re decent

She further directly retweeted the story to draw people’s attention to who she was jabbing.

when people get married they think their hoeness gets deleted. I’m trying to be a better person but people really be pushing me. https://t.co/Mq2AWOabrH