Marriage isn’t an achievement to me, kids, education and happiness are- Yvonne Nelson 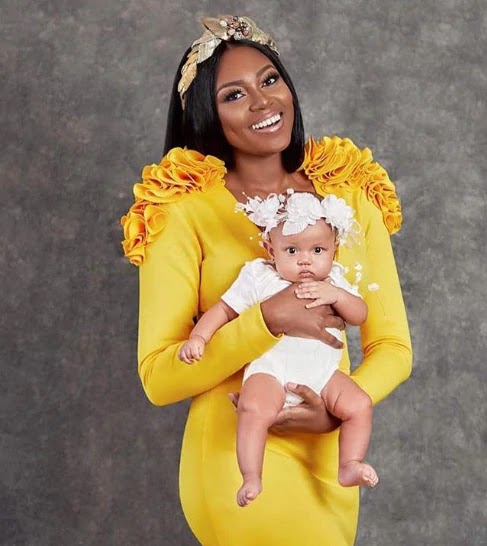 Ghanaian actress Yvonne Nelson has stated that, for her, having kids, an education and happiness are her ultimate goals, not marriage.

The award-winning Producer is one of the many actors who face criticism day in day out for not being married at her age.

However, responding to the comment, Yvonne stated that being married was not her goal, finding real love is.

“marriage like i always say isn’t an achievement for me. Real love, kids, an education and happiness are! You cant tell me how to live my life.”

She also added a word of advice to King saying;

“The SOCIETY you wanna please so much will kill you oneday. No one cares about you anyways. I’ll LIVE the way i want it. I can do the so called marriage when it feels RIGHT TO ME.” 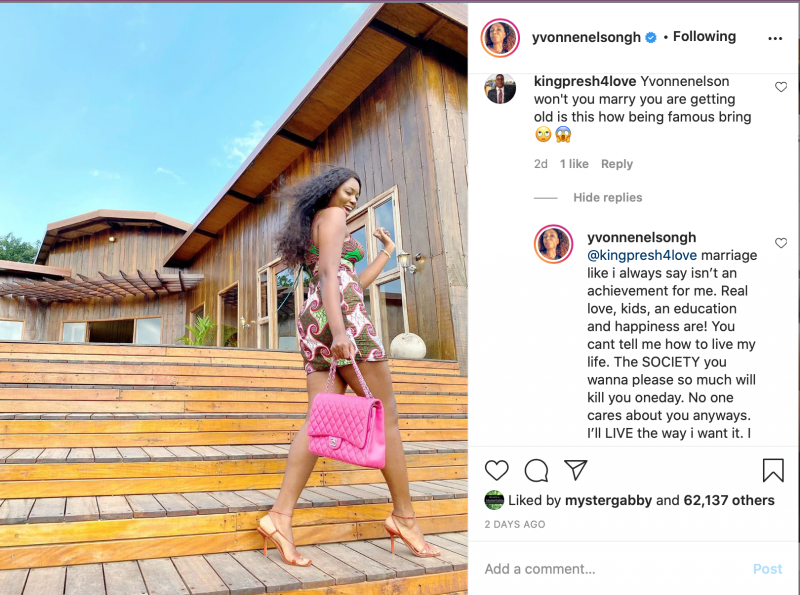