My relationship with Kwesi Arthur is long term- Laycon of BBNaija 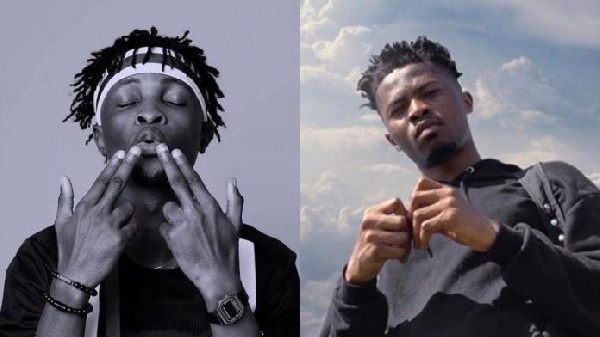 The winner of Big Brother Nigeria(BBNaija) Season 5 Laycon, known in real life as Olamilekan Moshood Agbeleshe has disclosed that he intends to work with Kwesi Arthur and that his relationship with the Ghanaian artiste is long term.

He has been heard in the BBNaija house that he wanted to work with the “Grind Day” hitmaker and was already in talks with Kwesi Arthur regarding his album “Shall We Begin”.

But the said album has been released without a feature from Kwesi Arthur that has left Ghanaian “Icons” questioning why the “Baajo” singer is not featured on it.

Asked in an interview with MzGee on the New Day show on TV3, Wednesday, May 18, the BBNaija star said “me and Kwesi we actually talk, we have been talking but I feel like, for ‘Shall We Begin’, we were intentional about the features that we had on the album, I promise you that. But me and Kwesi, it’s a long-term thing, we are still going to work, more than one, two, three songs”.

Laycon further said that he has been featured by some Ghanaian musicians he wasn’t ready to disclose yet even when the host kept prodding at Stonebwoy.

The rapper, singer and songwriter has a new album out called “Shall We Begin” that he is in Ghana promoting.

Would you vote for him? Michael Blackson to run for President of Ghana