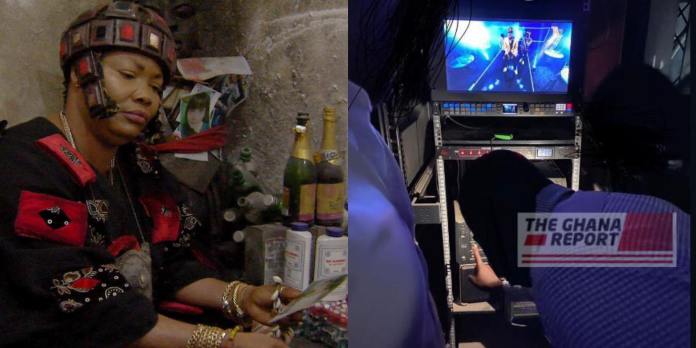 An Accra Circuit Court has sentenced Patricia Asiedua, aka Nana Agradaa, to a fine of GH¢36,000 for operating a television channel without licence and displaying charlatanic materials.

In default, Nana Agradaa will serve three years imprisonment in hard labour on the charge of operating a television channel without licence.

On displaying charlatanic materials, for which she should pay a fine of GH¢10,000, she would serve a year in prison should she default.

At the recent hearing of her case presided over by Mr Emmanuel Essandoh, Nana Agradaa changed her plea from not guilty to guilty.

Nana Agradaa was arrested in April this year after a joint team of officers from the police and National Security, in collaboration with the National Communications Authority, raided the premises of her two TV stations at Kasoa in the Central Region.

Nana Agradaa was said to have admitted to the illegality, and was placed in police custody initially to assist with further investigations.

random
The team also seized equipment used in the transmission of television signals from both stations.

Her arrest was part of an operation that led to the closure of 49 television stations in the country on a single day.