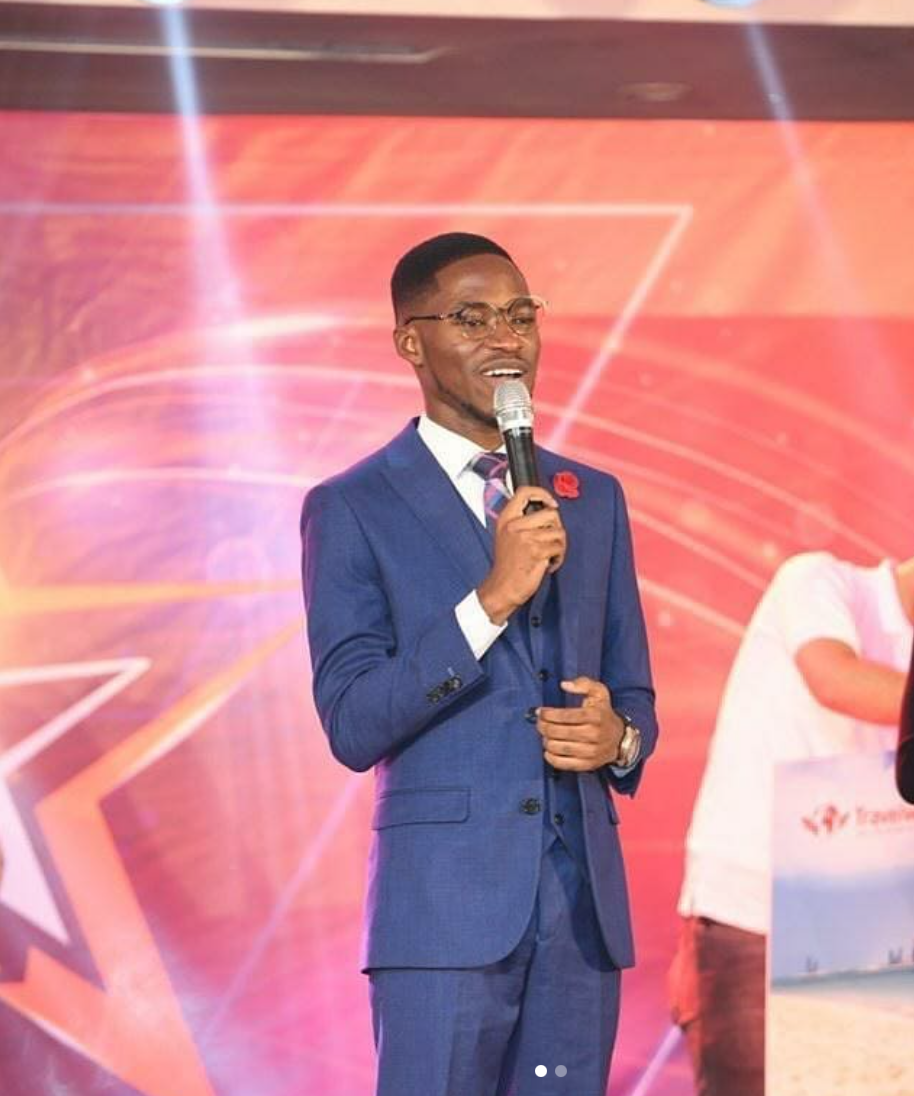 On Sunday, January 24, Gh One TV brought to an end its new reality competition series, “The Next TV Star.”

After several weeks of battling it out in front of judges, Emmanuel Agyabeng was crowned as the winner.

As part of his winning package, Emmanuel will host a 30 minutes show on GhOne TV, a trip to Dubai and other mouth watering packages.

Emmanuel Agyabeng’s story is a very inspiring one, from having to struggle through school while taking care of his cancer infected mother, he broke through the odds.

However,  it is not until today that General Manager of Gh One TV Nana Aba Anamoah’s attention was drawn to the fact that he helped him a few years ago while he was still a student at the University of Cape Coast.

According to Nana Aba, a few years ago, entertainment journalist, Adwoa Loud drew her attention to a guy who was requesting for help to pay his hostel fees on Twitter.

She helped pay for the fees and completely forgot about him.

Adwoa Loud however revealed to her today that indeed, the boy she helped from years ago is Emmanuel.

“It’s a really small world, you know. A few years ago, @adwoaloudgh drew my attention to a UCC guy on twitter who desperately needed his hostel fee paid. I obliged & completely forgot about him. Guess what? That guy was @_OhEmmanuel Emmanuel Adjabeng,” she captioned screenshots of her conversation with Adwoa Loud on Instagram.