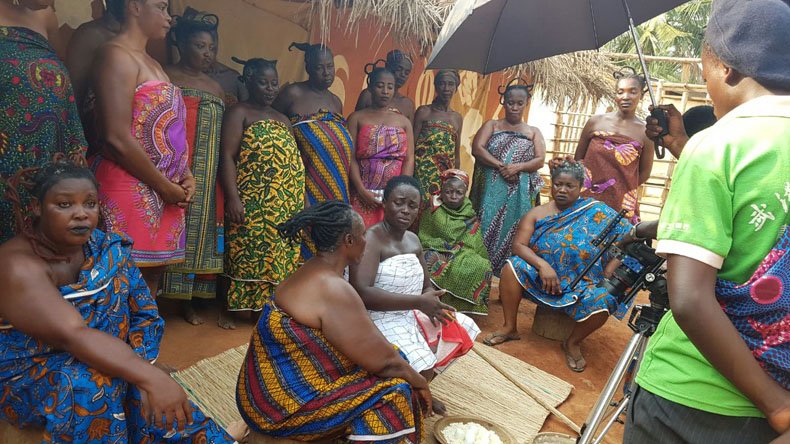 One of the most successful Kumawood actresses in Ghana, Mercy Aseidu has opened up about her motivation to keep making Ghanaian film content although the industry is stagnant.
According to the 50-year-old actress who has been in the movie industry for about 25 years now, she was a seamstress before her introduction to the world of theatre and acting.

Speaking to Becky on E-Vibes, she acknowledged the diminishing value of Ghana’s history and culture as her sole drive for creating local film content.

“The reason why we do this (film production) is that we try to go back and let people know about our culture. Our culture is missing,” she said.

On how she hopes to catch up with the changing trends of film distribution, she stated:

“In those days, when we shoot a movie, we put them on CDs and sell tell. Now, nobody is going to buy CD so we want to know how we can do the work and make it accessible on social media. That is the problem.”

Watch a trailer of the full interview that shows on the JOYNEWS channel this weekend below.