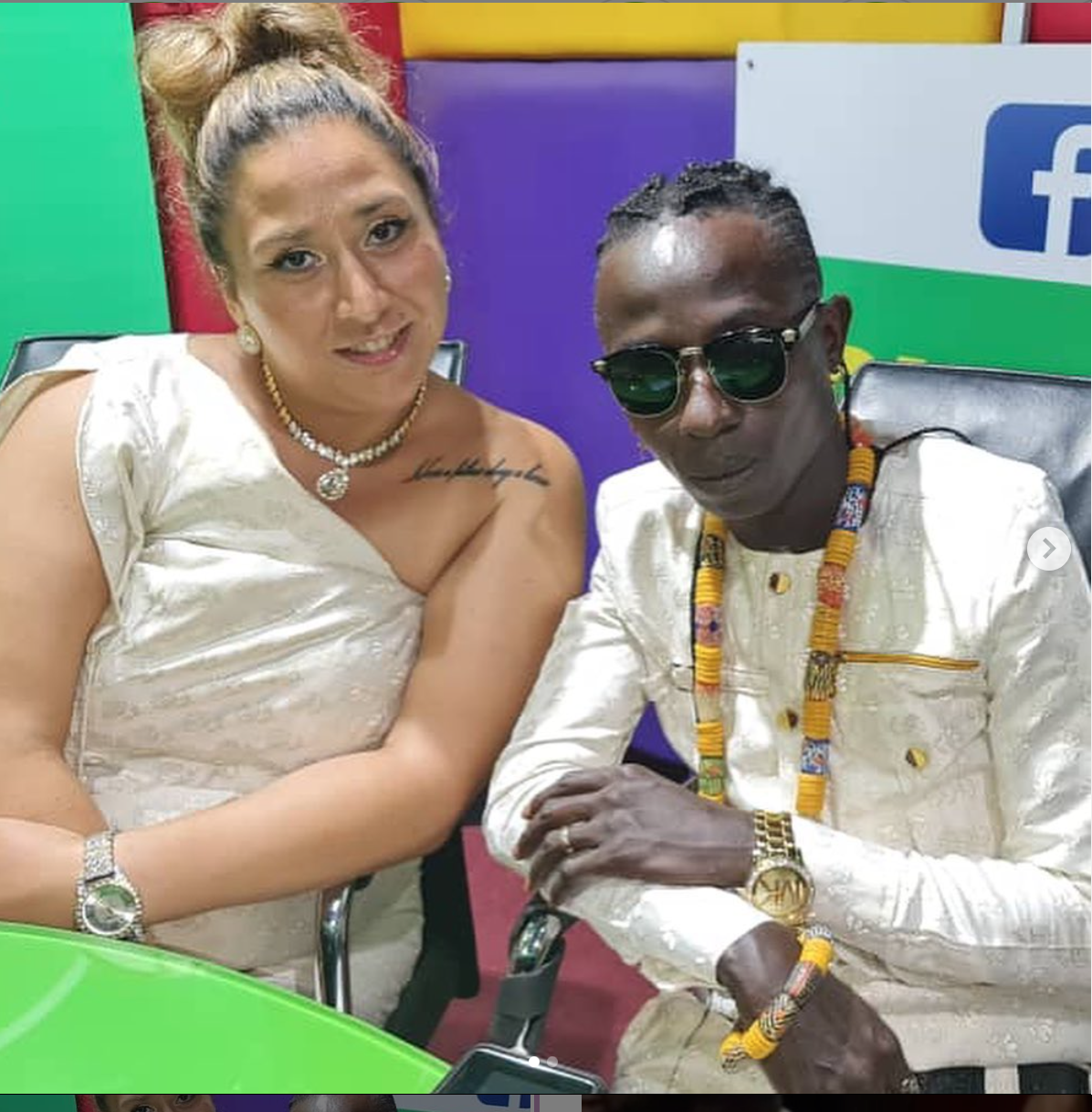 Newly wed Patapaa and his wife Liha Walker are still in the news following their wedding on January 2,2021.

In a new interview with Abeiku Santana as a couple, Mrs. Patapaa has revealed that she hasn’t had it all rosy since news broke that she and the “One Corner” hitmaker were a couple.

According to her, she’s had several phone calls and complaints from strangers asking her to leave Patapaa.

“I don’t have the perfect shape. Patapaa is not handsome. I’m just with him because of the money. He’s just using me. Everywhere he goes he’s always with different girls,” Liha revealed were some of the distasteful things that were said to her.