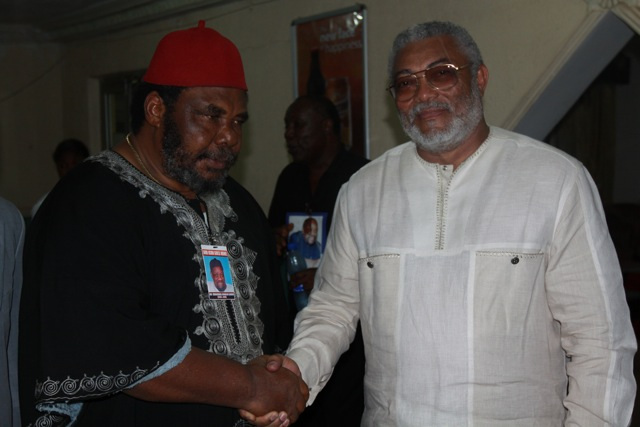 Emotional Edochie in a video revealed how he missed the former Ghanaian president and wishes to see him again.

random
Describing his knowledge about death, Mr Edochie said he will one day meet Mr Rawlings again for them to laugh, hug, and to crack their jokes.

“My brother Jerry, your passing has reminded me once more that death is the ultimate destiny of life. I am told by authority that death is simply the separation of the spirit from the body but the spirit does not die,” he said.

The final ceremony which is being held at the Black Stars Square has seen a lot of dignitaries in attendance to pay their last respects.

Former president Rawlings died at the Korle Bu Teaching hospital after a short illness on November 12, 2020. After the day’s activities, he will be conveyed to the Military Cemetery in Burma Camp where he will be buried