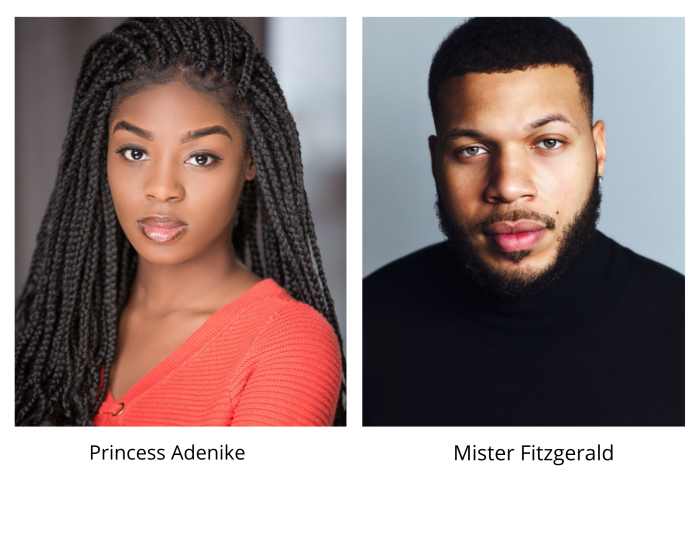 Princess Adenike and Mister Fitzgerald will star in 30 Weeks, written by Yaw (Blackway) Sintim Misa. Get-Kinetic, Amona Media and The Audacity Inc have teamed up to finance and produce the film 30 Weeks, an emotional heartfelt drama. Kevin Hackenberg (But Deliver Us From Evil) is set to direct and Rachel K. Ofori (What Death Leaves Behind) will be producing.

The story follows Lia (Princess Adenike) and August (Mister Fitzgerald), a young couple dealing with loss and immense grief. The loss forces them to face deeper issues within their relationship, including mental health. In a matter of 15 minutes the couple finds themselves pushed towards a reckoning deciding the fate of their relationship.

Princess Adenike is known for her work on Showtime’s Ray Donovan as “Young Claudette” playing a younger Sheryl Lee Ralph. She recently wrapped up as a recurring character on Keshet Uk Apple TV series. Mister Fitzgerald recently wrapped Eddie Huang’s Boogie as “David” and will appear in Jonathan Salemis’ The Last Deal as “Bobby”.

Princess Adenike says “I have really wanted to do an emotional drama showcasing serious subject matters. I read 30 weeks and immediately connected with Lia, the emotional turmoil she goes through and loss is something I can relate to. It’s a moving story. Yaw does an amazing job showcasing raw real love. It’s not always a pretty picture. Life brings very difficult unexpected turns, and sometimes it can truthfully take a toll on a relationship. It’s how you persevere through. Love is difficult, but that’s what makes love, love.”

Mister Fitzgerald added “Being able to approach a character dealing with conflict yet still showcasing black love within adversity is a beautiful thing. It’s usually not highlighted mainstream, and this is a story that does just that.”