SA rapper AKA gets engaged to girlfriend Nelli Tembe 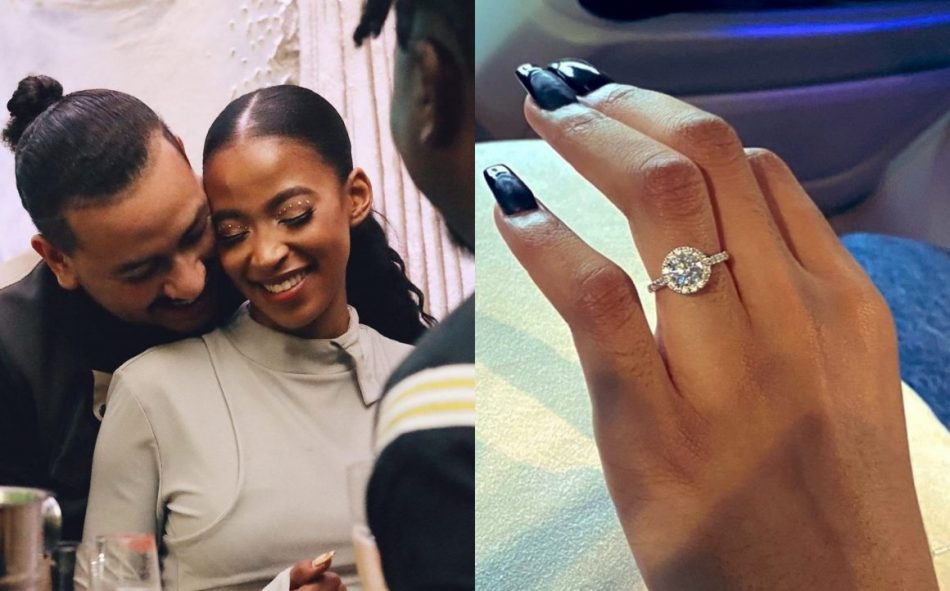 South African rapper, AKA  has confirmed his engagement to the “love of his life” Nelli Tembe.

The “All Eyes On Me” hitmaker hinted at the proposal on Monday, with a cute snap of a diamond band on Tembe’s ring finger.

Supa Mega later took to Instagram to confirm he was officially off the market.

He reposted the image with the ring, revealing the engagement date as Sunday, February 21, and the caption just melted everyone’s heart.

The love birds have been dating for just over a year and it seems they are well on their way to the alter.