Santrofi’s ‘Alewa’ adjudged one of the Biggest Albums in 2020 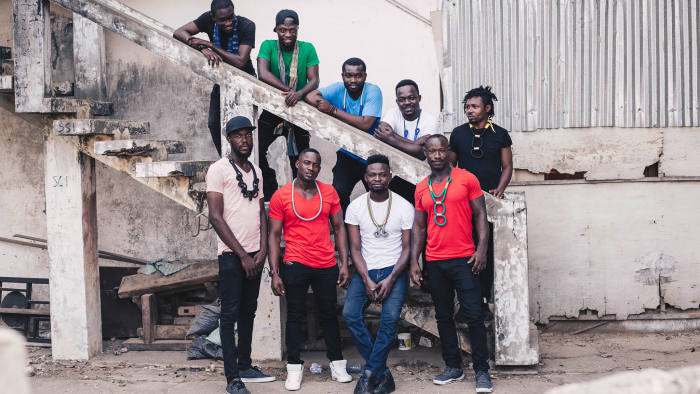 Highly reputable music critics have already declared Santrofi’s ‘Alewa’ to be one of the best albums of 2020. Now, the numbers have spoken, the data has assembled into integers and decimal points in Pan African Music’s (PAM) end-of-year music review.

PAM is a France-based major music digital distributor for independent music dedicated to promoting music from the African continent and diaspora.

“Alewa” was named among other albums from gigantic artistes on the continent encompassing Stonebwoy (Ghana), Hailu Mergia (Ethiopia), L’esprit de Nyege (Uganda) and Burnaboy from Nigeria.

Santrofi, devised from the mythological precious bird from the Akan language — is a collective of spirited and celebrated young musicians assembled around bass player Emmanuel Ofori whose credentials include playing with highlife heavyweights Ebo Taylor, Pat Thomas and Kwashibu Area Band.

The album, “Alewa” is an organic and well-crafted experiment, in an era where many African musicians attempt to seduce a Western audience by making their music pop.

While Ghana still predictably serve as home to flourishing highlife music, the genre’s worth saving still need practitioners and advocates who are willing to propel it forward. Highlife music boasts a long, rich history — about 100 years — of transformation, adaptation, tumult and triumph. From radical-bashing pundits to brave and bold composers, highlife music has remained alive even as prognosticators routinely predict its demise.

Alewa is an album of love songs—the oldest subject in the book—but it’s filled with other significant themes – racial segregation and discrimination, unity in diversity, jealousy, economics and other cultural happenings in society. In it, ‘Alewa’ builds a self-contained world that luxuriates love—both sonically and lyrically—while still hinting at some of our age’s deep-seated flaws.

Last year was without question one of the most challenging years for the music industry. Santrofi had its share as the band’s booked concerts in over 20 European countries were cancelled due to Covid-19 pandemic; this was after a successful tour in 2019.