Sarkodie drops a new freestyle for stingy men association, ‘I Will See What I Can Do’ 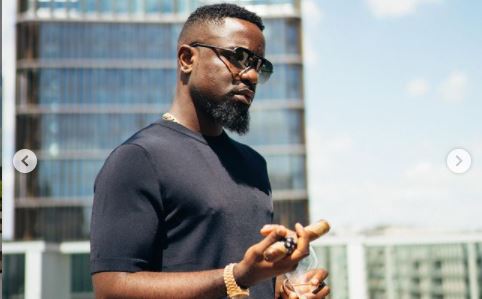 Ghanaian rapper, Sarkodie has dropped a fresh freestyle on social media which some men are having a field day with.

The BET award-winning has been promoting the single COACHELLA from his upcoming album.

However he took to Twitter to share some new sound whiles driving in the back of a ride, he captioned the video:

“We will definitely see what we can do”

We will definitely see what we can do @KjSpio pic.twitter.com/XyvfFRvSLl

In the new freestyle, the rapper addressed the issue of how some Ghanaian girls have been seizing the least opportunity to mount pressure on boys to send them money via MOMO as if e-begging is their career.

In the freestyle which is going viral, Sarkodie by his lyrics and demonstration advised boys to say ‘let me see what I can do’ and add stories of hope and concern in their reply to girls who ask for Momo.

Coachella: Sarkodie reveals he sought for George Darko’s permission before sampling his song