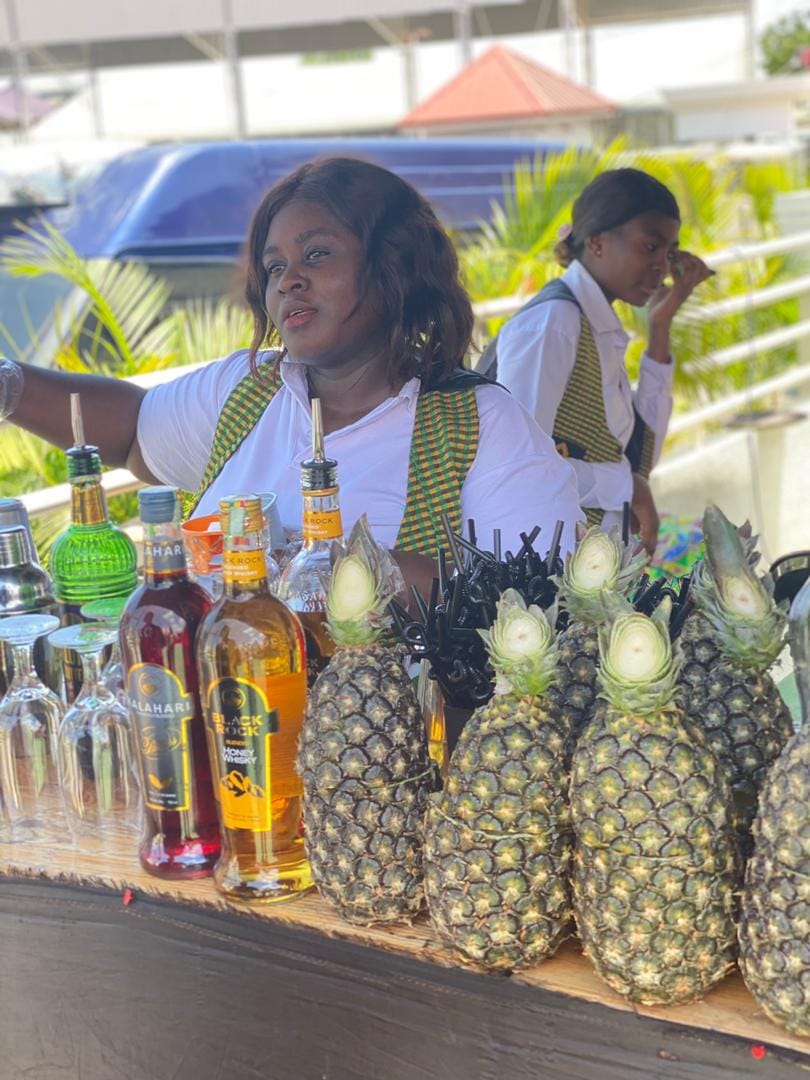 top ad
A Ghanaian lady by the name Mizpah Delali Mizpah has called out Selly Galley for cursing a troll who called her barren.

Yesterday, the wife of singer Praye Tietia of Praye fame posted a makeup free photo to promote a skincare brand she’s an ambassador for.

In the comment section, a fan by the name @henewa_piesie left a very derogatory comment that got Selly riled up.

Selly Galley did not let the comment slide as she wrote a long response to the fan.

random
Reacting to the issue, Ms Delali narrated an ordeal she went through in the hands of Selly Galley.
According to Delali, although the fan was wrong to call Selly barren, she thinks raining curses was extreme.
In a long Facebook post, Delali recounted an encounter with Selly Galley that left her broke.
Read her full post below:
Now social media has turned into something else and everyone talks anyhow how sad,but then some of these celebraties also hurt us and we feel pain but we don’t curse them ask me why, 3years ago a programme was held at polo grounds (airport)it was about made in Ghana things, so we were asked to do a set up to also showcase how we can use made in Ghana beverages to do nice cocktails (Kasapreko)as most pple didn’t know, so we did, during the programme Selly Galley and her husband came around and I spoke to them about our cocktails and told them how much a cup was sold for she requested for some (3 cups, one for her, her husband and a boy they came to the programme with) when the boy came for the drinks I asked him to collect the money from her for me the guy the said ok and never came back after taking the drinks, I walked to Selly and told her I was coming for the money for the drinks bcos my boss asked me to and knowing the kind of boss I work with he was soo pissed so I had to go and ask for the money, when I got to her and asked she told me she is done drinking it and she won’t pay bcos she tot it was free meanwhile I told her it was for sale b4 they requested for the types they wanted, all of a sudden I felt bad and even the way she said it got me hurt, I told her I needed to collect that money bcos my boss would get angry if she doesn’t give me the money she still refused and continued her convo with other celebraties there and I looked like a nobody the way she behaved towards to me, I felt bad and I didn’t want to talk much for all of them to start asking why, cos I know some of them will go like, (so bcos of 45gh you want to disgrace a celebrity )so I left but I got my eyes on her thinking when she is about to leave I would go and ask again and she might give it to me which I did but she still refused to give me the money, I felt sad and bad at the same time you know why? Cos that money was gonna be deducted from my pay that day, I was been paid 80gh so if 45gh is deducted how much would be left? 35, that time I was living on the nsawam road so do the math, from airport to that place and the following day I was suppose to go see my kids and that money was part of the budget I did to go see my kids, truly my boss took the 45gh out of my pay and gave me 35gh that day we closed as late as 11pm so I had to order uber from there to my place but God doing soo good a colleague of mine (Dorcas) who was staying in amasaman that time wanted to share the fair with me cos she was going that direction, imagine I paid 20gh out of the 35gh how much remaining? 15gh and next day I had to pay my light bill 20gh so meaning after giving the 15gh i will still owe my landlord 5gh, for 2days i had not eaten only water cos didnt have anything to eat i stayed in my room and cried all day and regretted telling her to come buy cocktail from me, that particular time was one of my trying moments, I had a lot of financial problems and since then I have held Selly Galley’s issue inside of me but I never cursed her or said anything bad unto her life, I jxt prayed that I go to work soon again so I can get money again and see my kids and do other important things I needed to do, so why am I talking plenty like this? I’m not saying what the girl said was right or I’m happy the girl said that but Selly should forgive her and let go of it cos God got us and no human can break us no matter what they say or do to us, she should find a place in her heart and forgive the girl, she has apologised and has regretted what she said,
We all hurt pple in different ways knowingly and unknowingly and they don’t rain curses on us they give to God so she should forgive, the same way I didn’t say anything bad unto her life even tho I was hurt,
Mrs Fiawor forgive her.
Lydia Ayiku

if you would remember I told you this incident. 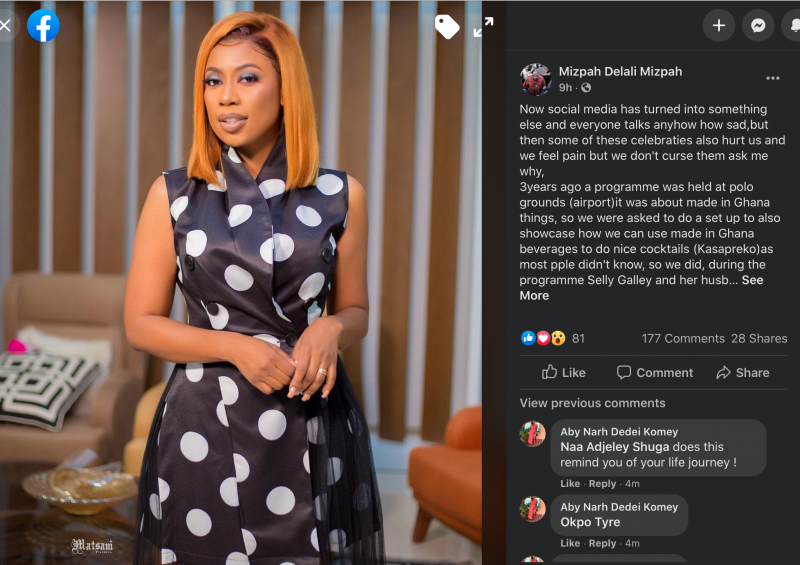