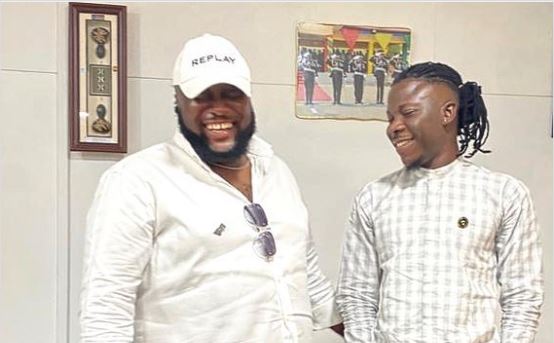 Award-winning Dancehall Artiste, Stonebwoy is back in the news revealing more details about his altercation with Sarkodie’s manager Angel Town back in August.

Stonebwoy was reported to have hit Sarkodie’s manager, Angel Town in the eye after a little scuffle over being treated less than his colleague Shatta Wale at the venue for the recording of Sark’s “Black Love” concert.

Narrating events from the night to Andy Dosty on Hitz FM this morning, Stonebwoy stated that tensions were high on the night and he may have hit Angel in the eye without even noticing it.

He added that he didn’t even know he had hurt Angel Town until days after the incident when he saw photos of Angel Town in an eye patch on social media.

He also revealed that what the media reported about the night is not actually what happened because after their altercation, he still stayed at the venue for two hours to try and resolve the issue.

Stonebwoy however, expressed his disappointment at Sarkodie for reporting the matter to the police.