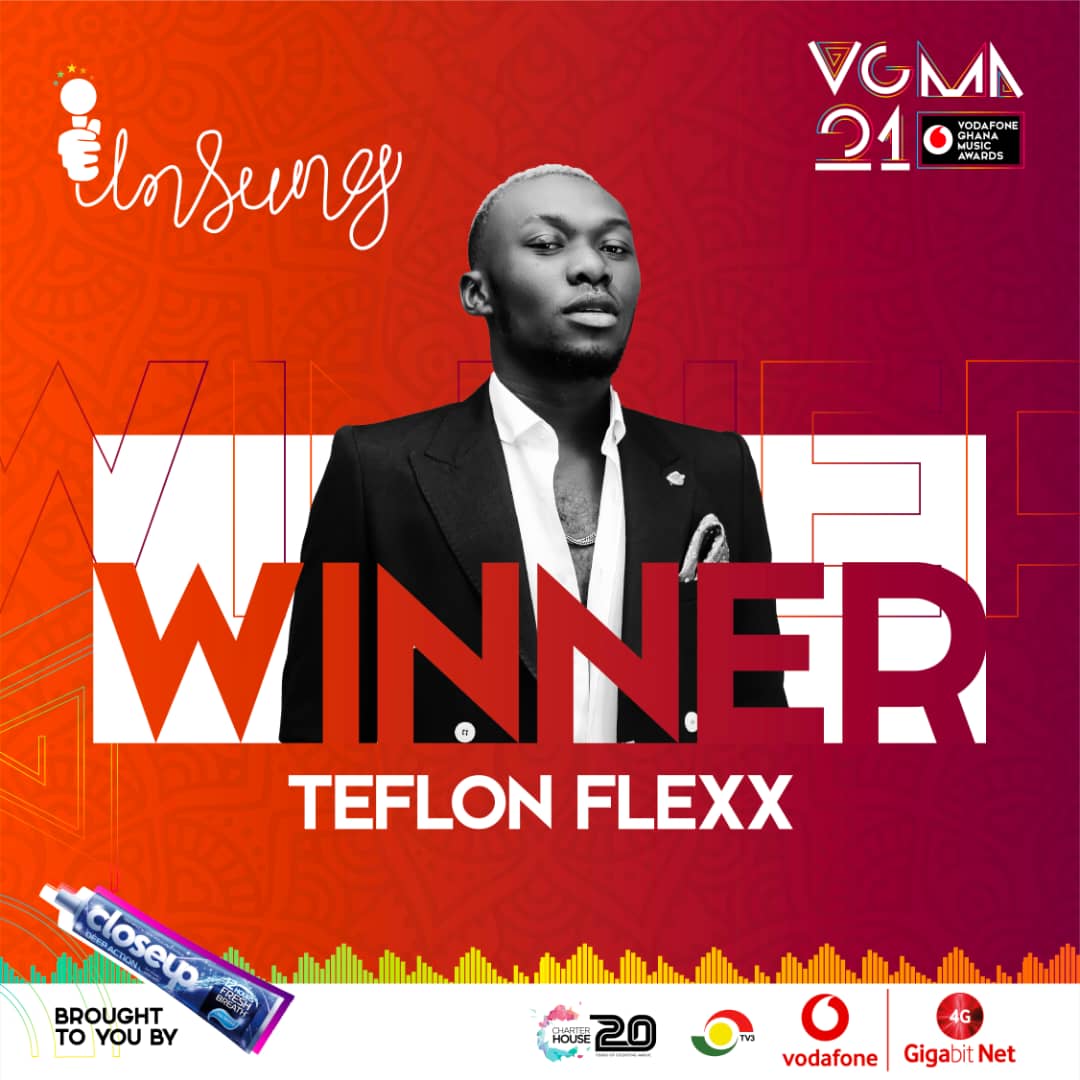 Ahead of the 21st Annual Vodafone Ghana Music Awards slated for 28th -30th of August, Charterhouse is happy to announce Teflon Flexx as the winner for the 7th edition of the VGMA Unsung Category.

The journey, which started February this year, saw six (6) promising acts emerge from over 5000 social media submissions- Imrana, Gyakie, Teflon Flexx, Kofi Jamar, Sherry Boss, and Abochi. These talented artistes were featured in an up-close live-band music session performing two of their best songs, hosted live in the Music Room. The program was broadcast on TV3, GhOne TV, TV7, EBN TV, Homebase TV, and CTV, and online on Facebook and YouTube, where the general public were asked to vote for who they would like to see perform at the 21st Vodafone Ghana Music Awards.

Based on votes, Teflon Flexx emerged the winner in a landslide victory. He thus becomes the 7th winner of the Unsung Category of the Vodafone Ghana Music Awards, following MzVee, Dark Suburb, Adomaa, Kuami Eugene, Kelvyn Boy, and Kula.

Come 28th August, Day One of the VGMA weekend, Teflon Flexx will be performing to millions of people live on local TV station (TV3), continental TV Stations (Sound City, the Base TV on DStv), and worldwide via social media on MTV Base and Ghana Music Award pages. The show will begin at 8pm prompt.

Charterhouse would like to congratulate Teflon Flexx for the great feat, and encourage him to use the VGMA platform to advance his career. We would also like to congratulate Imrana, Gyakie, Kofi Jamar, Sherry Boss and Abochi for running the race. From experience, we know that not winning a contest does not define how far you go in your career. So, keep grinding the wheels of success to the best of your ability.

The 7th edition of the VGMA Unsung is proudly brought to you by Closeup Toothpaste, and powered by Charterhouse. For more information and on-the-go-updates, kindly visit www.GhanaMusicAwards.com or Ghana Music Awards on Facebook, Instagram and Twitter.