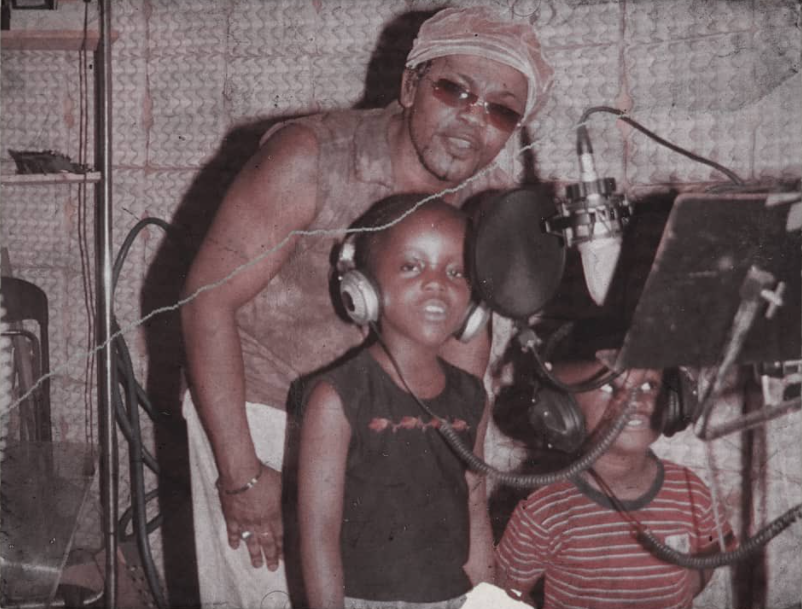 Daughter of Highlife musician Nana Acheampong,  Gyakie is charting her own music legacy  and doing it without any pressure.

For one who was exposed to music at an early stage, Gyakie is now living her dream of doing music commercially and though the weight of expectations is huge, the singer says she doesn’t feel pressured to keep her father’s legacy alive.

The budding singer in an interview with Graphic Showbiz disclosed that she is positive about carving a name for herself just like her dad did.

“I’m proud of my dad’s exploits but I don’t think I’m competing with him or trying to maintain his legacy. I don’t want to feel that pressure or weight in my young career because I want to progress at my own pace.”

“Besides, my dad has left a legacy. He embarked on a journey and successfully set the pace for others to chart. I am embarking on a journey as well and hopefully, make my own impact so there’s no pressure at all.”

Gyakie, who is currently promoting her song titled Forever, describes herself as an Afro-fusion artiste.

She is currently studying International Business at the Kwame Nkrumah University of Science and Technology (KNUST) and even though she is still in school, she pointed out that she has her father’s blessings to pursue her music.

“I have my father’s blessings. He appreciates the path I have chosen and has been my number one motivator encouraging me not to give up. He always tells me that my only language should be winning and that is why even with my busy school schedule, I’m still doing music,” she stated.

Having had her own experience, Gyakie, whose real name is Jacqueline Acheampong, said she had braced herself to overcome the difficulties that limited female acts. According to her, she had observed how many female acts such as Raquel and a host of others have faded out, a common occurrence that she attributed to the low support they got.

In August 2020, Gyakie dropped her debut project, a five-track EP titled Seed and it explores diverse genres to reflect her musical quest of finding and staying true to herself.