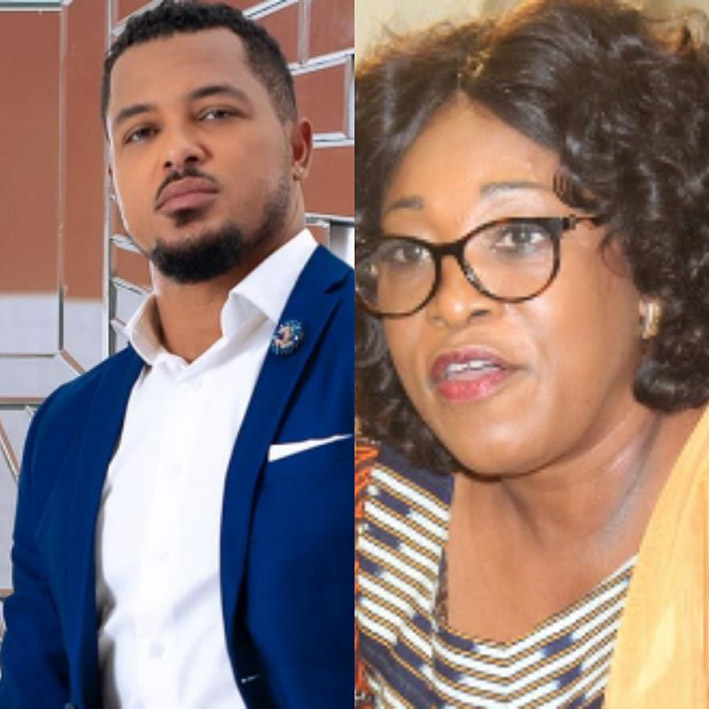 Actor Van Vicker who is rarely known to be commenting on issues in the public domain, has come out to air his discontentment following a comment from the Minister for foreign affairs, Shirley Ayokor Botchwey, who is also the member of parliament for Anyaa-Sowutuom.

The latter made a comment against actor and aspiring MP for the Ayawso west Wuoguon constituency, John Dumelo. Hon. Shirley Ayokor Botchwey advised constituents of Ayawaso West Wuogon to vote for the NPP’s parliamentary candidate, and not Dumelo in the upcoming December 7 election.

“Parliament is a serious place, it is not a place for actors who think they are popular, so they can have a place there. Don’t make a mistake by giving him that chance,” she said.

Van Vicker who was not happy about the unfortunate comment made by the minister, took to his Instagram page to express his view, and asked his colleague actors and actresses to demand apology from the minister.

“This post is NOT about NPP or NDC, it is about what the Hon. Shirley Ayorkor, the Foreign Minister of Ghana said about actors; what she said to a colleague actor @johndumelo1.

“Now all my creative arts colleagues should be resentful at her utterance and demand an apology, for what she said is indeed racist, discriminatory and such bigotry SHOULD NO LONGER be perpetuated in dividing us as a people.

“Your guess is as good as mine.

“The crux of my post again, is not about NPP or NDC. It is about pronouncements that CAN POTENTIALLY cause chaos. If one sees reasons not to use ethnicity, religion or race, etc. as a platform to galvanise people, I opine the same reasons be applied to occupations.

“Madam Ayorkor, you are one of my favorite ministers but the one thing you do not want is to have actors & musicians against you, recall DUMSOR.

“We are more popular than you, to say the least and WE ARE EXTREMELY ‘SERIOUS PEOPLE’. Long Live Democracy Long Live Ghana,” Van wrote.