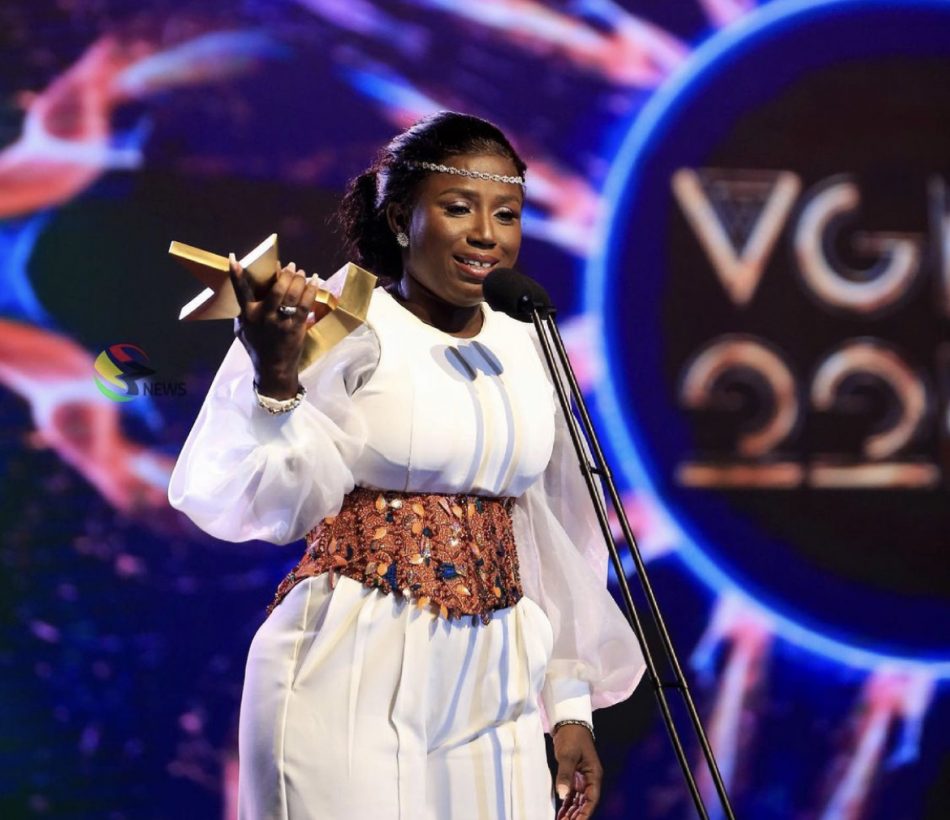 Gospel singer, Diana Hamilton has been crowned the ‘Artiste Of The Year’ in Ghana at the 22nd Vodafone Ghana Music Awards (VGMAs) held at the Grand Arena, Accra International Conference Center (AICC) on Saturday, June 26th, 2021.

Diana makes history as the first female gospel singer to win the big award and the second female artist to do so.
The event is streaming live on TV3, Soundcity TV, The Base TV, Rok Ghana on DSTV & GOtv in Africa, and worldwide via the internet on MTVbase and on Ghana Music Awards social media pages.

See past winners of this category below.

ARTISTE OF THE YEAR